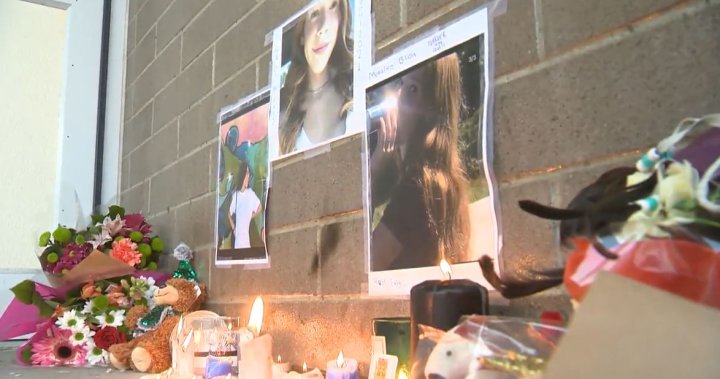 A memorial is growing outside a Delta secondary school in Ladner, B.C., where a 17-year-old girl was a student.

On Wednesday, students and parents came to lay flowers, post pictures and light candles in honour of the young life lost.

Maaike Blom was found dead inside a home on Tsawwassen First Nation lands south of Vancouver on Tuesday.

She was last seen by her family on Friday, who says her absence was out of character.

The Delta School District said staff is “deeply saddened” to hear of the girl’s death.

“Maaike was a much-loved student who had strong connections with her peers,” the district said in a statement. “We extend our support and sincere condolences to her family and friends.”

Delta police said Wednesday that Blom’s death is being treated as suspicious at this time but they are not releasing any details as to how she died.

One man is in custody but little is known about his arrest or how he is associated with Blom.

The school district said counselling support has been made available to students and staff.