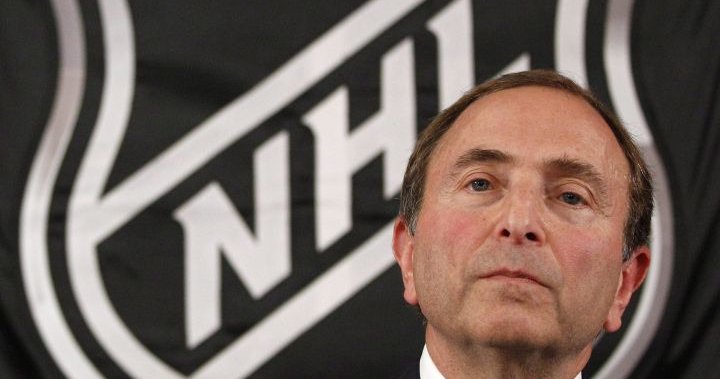 The Beijing Olympics open in less than 60 days.

And the NHL has just over a month to decide if it will be there.

The league and the NHL Players’ Association came to a long-awaited agreement in September with the International Ice Hockey Federation to take part in the 2022 Winter Games after skipping the showcase four years ago when South Korea hosted.

READ MORE: NHL players will suit up in upcoming 2022 Winter Olympics in Beijing

But there’s a well-documented out clause that gives the NHL and NHLPA until Jan. 10 to pull the plug if COVID-19 conditions are deemed “impractical or unsafe” by either party.

Olympic participation and next steps in the wake of the Chicago Blackhawks sexual assault scandal will no doubt be topics of discussion when the league’s board of governors gather in Manalapan, Fla., for their annual meeting Thursday and Friday.

Owners have always been lukewarm about the Games — even under ideal circumstances — because of schedule disruption, potential for injuries, and a host of other reasons.

The players, however, have been adamant about their desire to go to China. The league first took part in an Olympics in 1998, and went to five straight before declining in 2018.

The NHL has seen a rise in COVID-19 disruptions over the last month, including the postponement of five games and a significant rise in the number of players placed into the league’s virus protocol.

There are also plenty of unknowns with the Omicron variant, and there’s little doubt NHLers will be under a strict lockdown when in China. It’s also unclear what happens if a player tests positive at the Olympics, but the mandatory quarantine could be as long as three weeks.

With all that in mind, Vegas Golden Knights goaltender Robin Lehner, who was a lock for Sweden’s roster, became the first NHLer to opt out of the Games earlier this week.

“Reality is that what (has) been said about how it’s going to be is not ideal for my mental health,” Lehner posted in a series of tweets. “My well-being (has to) come first and being locked down and not knowing what happens if you test positive is (too) much of a risk for me.

Colorado Avalanche star Nathan MacKinnon, who like Connor McDavid and Auston Matthews missed out on sport’s biggest stage in 2018, is hopeful the league goes.

But he also knows it’s difficult to read the tea leaves.

There should, at the very least, be a little more clarity later this week.

The board of governors will also meet for the first time since the scathing independent report that detailed how sexual assault allegations made by Blackhawks draft pick Kyle Beach against a former assistant coach were largely ignored by management during the team’s run to the 2010 Stanley Cup.

Winnipeg Jets governor and co-owner Mark Chipman pledged last month he would use his influence within the NHL to “acknowledge that there are systemic problems that require systemic solutions.”

READ MORE: Winnipeg Jets’ Cheveldayoff says he was ‘not aware’ of severity of Blackhawks scandal allegations

Jets GM Kevin Cheveldayoff was an assistant with Chicago at the time, but said last month he was “not aware” until this year of the severity of the allegations.

Cheveldayoff is the only person placed at a May 2010 meeting to discuss the allegations still employed in the NHL.

The NHLPA has also said it will commission an independent review of the union’s response.

The St. Louis Blues had to play with just 17 skaters Tuesday — one short of the usual — for salary cap reasons with forward Robert Thomas out injured.

The Blues ground out a 4-3 victory over the Florida Panthers, and are now permitted to use an emergency recall.

It’s a scenario that’s come up a couple times already in 2021-22, but one the league was able to avoid last season when taxi squads were used as a tool to combat COVID-19 shutdowns.

The Toronto Maple Leafs were forced into a similar situation as the Blues in October when they signed university goalie Alex Bishop to a one-day amateur tryout to serve as their backup.

Other news from around the NHL

The 36-year-old Washington Capitals sniper has already hit 20 goals for the 17th time in 17 seasons to reach 750 for his career.

If those numbers grade out, he’ll be exactly 100 goals behind the Great One at the start of next season.

Vancouver Canucks fans haven’t had much to get excited about this season — or most of the last eight years.

READ MORE: A look at the NHL’s surprises, disappointments so far after a quarter of season has been played

But there was genuine joy in the stands Monday as fans sang “Bruce, there it is!” to the tune of 1990s hit “Whoomp! (There It Is)” by Tag Team in honour of new head coach Bruce Boudreau towards the end of a 4-0 victory.

The colourful 66-year-old took the job after Travis Green and general manager Jim Benning were shown the door following the team’s atrocious start to the season.

Boudreau, however, joked the line could quickly morph into “Bruce, there he goes!” if things go sideways.