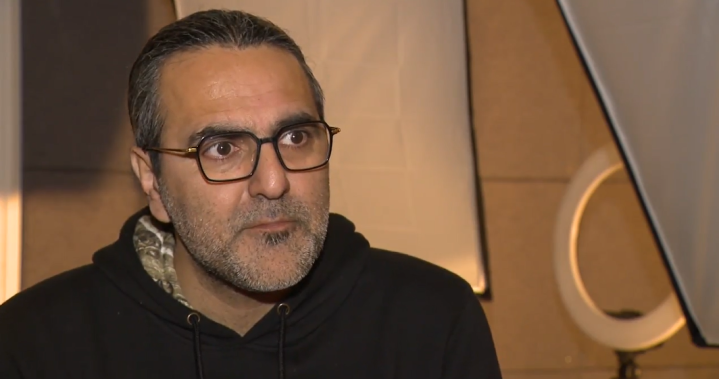 A North Vancouver resident and Canadian citizen is speaking out after he was denied entry to the United States last week because of his conscripted military service in Iran.

Arash Azrahimi and his family were driving to visit a friend in Seattle on Dec. 3, but instead of passing through customs smoothly — as they had many times before — they were pulled aside for questioning.

After more than three hours, Azrahimi was deemed “inadmissible” and the family turned around. The following day, he received an email saying that all of their Nexus cards had been revoked.

“I’m going to dispute it because I don’t know what’s going on,” he told Global News.

“I was in the mandatory military service. Why did they revoke my wife and kids’ Nexus cards? It’s not fair.”

It’s been more than 20 years since Azrahimi completed his compulsory service in the Iranian Armed Forces. He withdrew after serving the mandatory minimum with the Islamic Revolutionary Guard Corps (IRGC).

In 2019, the U.S. government deemed the IRGC a “foreign terrorist organization,” complicating entry for anyone associated with the group, even people who had no choice.

“I hate IRGC, I know they are terrorists,” said Azrahimi, who moved to Canada in 2012 and works as a photographer in North Vancouver.

Last week’s border denial is particularly confusing, he added, because his military service was flagged when he first applied for a Nexus card. He was granted one and has travelled to the U.S. without incident many times since obtaining Canadian citizenship in 2017.

“Honestly we had a plan for going to Disneyland at the summertime after COVID, and I don’t know what I should say to the kids,” he said. “It’s a problem.”

Azrahimi is not the only Iranian-Canadian to have been barred from the U.S. due to affiliation with the IRGC.

Since it was deemed a terrorist group under former president Donald Trump, Len Saunders said he’s received two to three calls a day from Iranian-Canadian men in the same position.

“I have to explain to them that this is strictly profiling,” said Saunders, an American lawyer who specializes in helping people visit, move to and work in the United States.

“I think it’s garbage, I think it’s something that the Americans — it gives them a bad name overseas, and there’s really no way around it.”

He said Iranian-Canadians who are deemed inadmissible to the U.S. are often told they need a visa and instructed to visit an American consulate in Canada. When they do, they’re told they don’t need a visa because they’re Canadians citizens.

Scott Emerick, who practices immigration law and specializes in refugee matters, said there’s no recourse for Iranian-Canadian men when it happens.

The “blanket ban” has continued under the administration of President Joe Biden, and in April, his firm filed a lawsuit in U.S. federal court asking for exceptions to be granted on a case-by-case basis.

“We’re not challenging the fact that they think IRGC is a terrorist organization; certainly IRGC has done terrible things,” Emerick explained.

“We’re hopeful that the judge will see reason and will see that a blanket ban, regardless of circumstances isn’t good for anyone, is overbroad and oversteps what the executive’s ability should be in this matter.”

Meanwhile, Azrahimi said he will use the U.S. Freedom of Information Act to find out what happened at the border, and whether his IRGC service was truly to blame.

After he posted his story on social media, he said several Iranian-Canadian friends have reached out to say the same thing happened to them.

Some stay silent for fear of being judged, but Azrahimi said he’s not afraid.