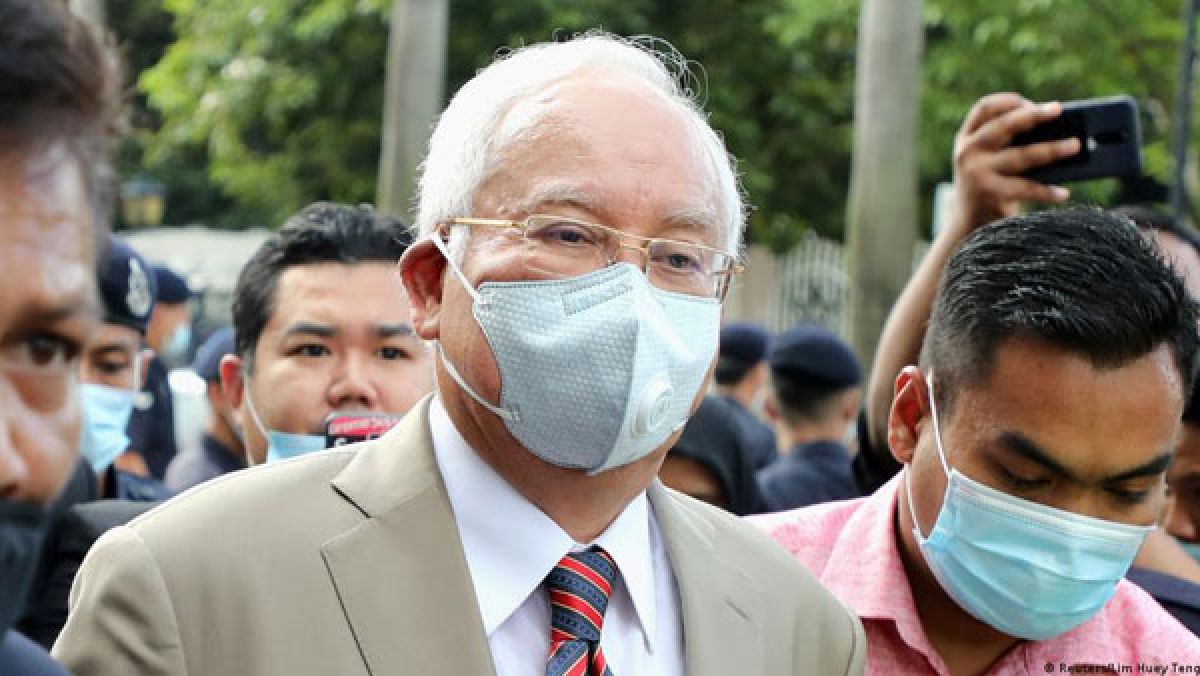 Najib was convicted of looting the 1MDB state investment fund in July 2020.

Wednesday’s ruling comes in one of many corruption and money laundering cases against Najib.

He was found guilty of crimes including abuse of power, criminal breach of trust and money laundering. And convicted of receiving illegal payments totaling 42 million ringgit (€8.8 million or $9.9 million) from a former unit of 1MDB, SRC International.

The ruling was delivered over video conferencing web app Zoom as one of Najib’s lawyers is believed to have contracted COVID-19.

Najib can still make a final appeal to a federal court after Wednesday’s appellate court ruling.

What happened during Najib’s appeal?

Najib clamed that he was deceived into thinking the money was donated by the ruling Saudi family, adding he was this to keep him out of the loop about 1MDB being drained of funds.

The judge found this argumentation implausible.

At five separate trials, Najib faces 42 charges. Some of the trials are ongoing.

Najib’s wife is also on trial for corruption charges.

Najib set up 1MDB not long after taking office in 2009.

The fallout from the 1MDB scandal spawned investigations in several countries, including the US. Ultimately, investigators allege the heist totaled $4.5 billion.

Najib’s lawyers argued their client was denied a fair trial due to the “serious misdirections” of the high court judge.

Najib claims he was unaware of the SRC money funneled into his accounts and alleges fugitive financier Low Taek Jho misled him.

Investigators believe Low was the ringleader in the theft.

Najib has denied wrongdoing in the looting of the fund and charges the case against him is politically motivated.