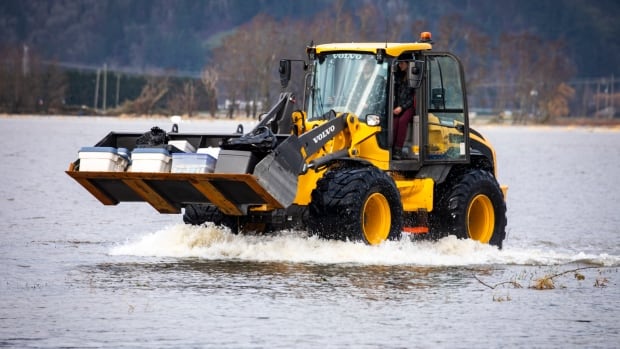 Restoration companies and contractors in British Columbia that are about to help launch a massive flood cleanup and repair effort must be aware of the risks and hazards their work could pose to employees, says the province’s worker protection agency.

Numerous homes, farms and infrastructure sites in southern B.C. were damaged or destroyed in a series of atmospheric rivers that caused flooding and landslides, cut off transportation routes, swamped agricultural operations and forced thousands of people to evacuate their homes.

“Employers have an obligation to ensure healthy and safe workplaces,” said Nakahara in an interview. “As we move into this cleanup and recovery and rebuilding effort, it’s going to be very important for them to really think about what risks are out there and what are the hazards that my workers are going to be exposed to as I proceed with this work.”

Employers are required to conduct risk assessments to identify hazards in the workplace and how they could put employees at risk, WorkSafeBC said in a news release Tuesday.

Farnworth was scheduled to visit Merritt on Tuesday, but cancelled the trip because of weather problems. Merritt’s 7,000 residents were ordered to evacuate the city last month after its sewer and water system failed.

Farnworth was in Princeton and surrounding communities last week where he observed flood damage and initial cleanup and recovery efforts.

Later Tuesday, the Ministry of Transportation announced the full reopening of Highway 1 between Abbotsford and Hope.

The ministry said in a statement that two lanes of separated traffic were moving in each direction, improving traffic flow from the Lower Mainland to Highway 3 and on to the province’s Interior.

The ministry said the full reopening occurred following cleanup, repairs and engineering assessments of the highway. It also means counter-flow traffic management through the Bridal Falls area was no longer required, the statement said.

Nakahara said he couldn’t estimate the size of the job ahead, but suggested restoration companies and contractors have many examples of post-disaster recovery efforts to review, including hurricane Katrina in New Orleans in 2005.

“We have an opportunity to learn from hindsight as to how things worked there collectively, so I think really the messages we’re promoting are informed by the experiences of others in the past,” he said.