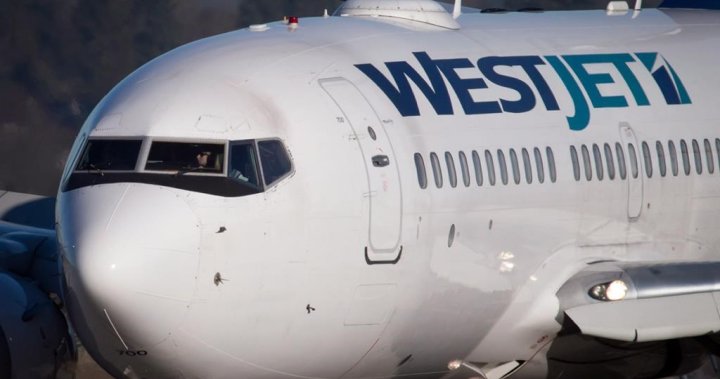 Craig Herman was looking forward to escaping the grey skies and enjoying a winter holiday in the sun.

Back in October, the Castlegar, B.C. resident and his wife booked a WestJet Vacations package to Varadero, Cuba.  His original flight was scheduled to depart from Kelowna, B.C. Dec. 26 and return Jan. 3.  However, a few weeks later, Herman says WestJet notified him of a flight itinerary change.

“Now with the change, it threw things right out of whack,” said Herman.

His flight was rescheduled to depart on Dec. 24 on a red-eye flight and return on Jan. 3 with a two-day stop-over in Calgary.

2:17
Consumer Matters: How to save on travel amid soaring flight prices

Consumer Matters: How to save on travel amid soaring flight prices – Oct 27, 2021

Herman says the WestJet notification he received stated he had to connect with a WestJet customer service agent to confirm the itinerary change.  However, Herman says he couldn’t reach an agent.

“We tried to email, call back service twice with no luck and we waited on the phone for over three and a half hours for one day and still no luck. So, we thought lets apply for a refund, “said Herman.

Still, filling out the WestJet Vacations refund application form would prove to be just as challenging.

“When you submit it, you get a little caveat at the bottom of their refund policy that says success – we will contact you shortly.  We were never contacted,” Herman added.

Many describe waiting on the phone for hours to connect with a customer service agent. Others are upset over rescheduled flights and demanding refunds.

Consumer Matters reached out to WestJet about Herman’s case and also asked about the litany of customer service complaints directed at the airline.

“Unfortunately, we are currently experiencing very high volumes for our phone, email and social media support channels but our teams are working diligently to assist every guest as quickly as possible. We appreciate our guests continued patience and understanding and apologize for the inconvenience,” the company stated.

Aviation expert and McGill University lecturer John Gradek says when it comes to flight changes, what passengers are experiencing is likely a reflection of airlines not forecasting demand accurately.

“This is not a flight cancellation because of the pandemic directly. The airlines threw too much capacity in there and they have to cancel,” Gradek said. “They are consolidating and those people that happen to be on those flights that are being cancelled are being rerouted and moved on to other flights.”

The Canadian Transportation Agency (CTA) says in the event of a flight disruption, the airline operating the affected flight must keep passengers informed and must provide the reason for the flight disruption. Airlines must also provide passengers with information about the compensation and assistance they may be entitled to, as well as information about their available recourse, including filing a complaint with the CTA.

The CTA also says for passengers who are trying to resolve their issues but can’t get through to a customer service agent representing a major airline, passengers can contact the airline in writing first and wait 30 days for the airline to respond in writing.  If passengers are not satisfied with the airline’s response, or if the airline has not responded in 30 days, they can fill out an online complaint form on the CRA website.

Meantime, once Consumer Matters reached out to WestJet on Herman’s behalf, he got a phone call immediately from the airline.

“It’s unfortunate I had to use this process in getting their attention, but due to Consumer Matters, we got the issue resolved within 24 hours which is fantastic,” he said.