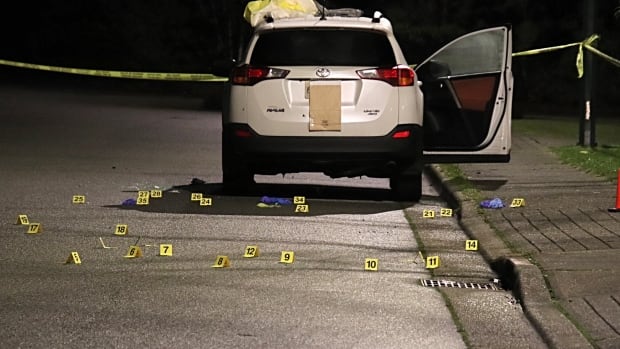 Police in Coquitlam, B.C., say a man was injured in what they believe was a targeted shooting Saturday.

Officers say the victim’s nine-year-old son was in the backseat of his vehicle at the time, but was not physically harmed.

Police responded to shots fired in the 1600-block of Chickadee Place around 4:40 p.m. They say the victim was taken to hospital and treated for non-life threatening injuries and then released.

Investigators say it’s too early to tell if the violence is related to the ongoing gang conflict in the Lower Mainland, but believe the shooting was not random.

A silver sedan was seen leaving the area immediately after the shooting, according to police.

Police are asking for tips from people who may have been in the Westwood Plateau area of Coquitlam on Saturday between 4:20 p.m. and 5:20 p.m.

They are asking anyone who may have dashcam video, video from residential cameras or any information to contact the Coquitlam RCMP Major Crime Section at 604-945-1550.

“We know this is an unsettling event in our community and we are working diligently to gather facts and evidence so that we may find those responsible for this incident,” Cpl. Paige Kuz said in a release.