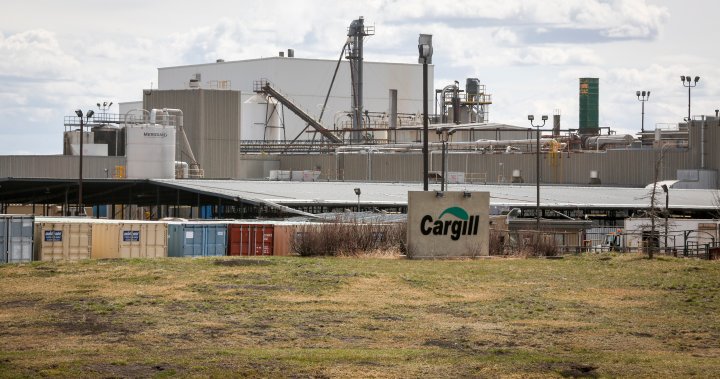 HIGH RIVER, Alta. — The threat of a strike at an Alberta beef processing plant has been averted after workers accepted the owner’s latest offer.

The union that represents about 2,000 workers at the Cargill beef plant in High River says its members have voted 71 per cent in favour of accepting the company’s contract.

In a statement, the United Food and Commercial Workers Union Local 401 says the contract is “the best of its kind and presented unprecedented gains in this time of economic and political uncertainty.”

It also says it was reached “during the biggest health crisis the world has ever seen.”

Jarrod Gillig, the business operations and supply chain president for Cargill’s North American protein business, says the deal is “comprehensive” and“ fair,” adding it reflects their employees’ “commitment to excellence.”

A company spokesman had previously said the deal offered a six-year collective agreement that includes retroactive pay, signing bonuses, a 21 per cent wage increase over the life of the contract and improved health benefits.

“As an organization that leads with our value to put people first, we truly believe this ratification is in the best interests of our employees and we are eager to move forward to build a stronger future — together,” Gillig said in a statement Saturday.

Workers voted 98 per cent last month against Cargill’s previous offer, and the union had said workers would strike if a contract agreement couldn’t be reached.

Cargill and the union had been at loggerheads for some time over issues related to wages as well as health and safety.

In May 2020, Cargill’s High River plant was the site of a major workplace-related outbreak of COVID-19. More than 900 workers tested positive for the virus, and three deaths were linked to the outbreak.

“A victory has been won and this is a day to celebrate,” said a statement from the UFCW Local 401, which had recommended acceptance of the contract offer.

“The injustices at Cargill, however, are not made right by the contract. Local 401 and its activists look to the future to enforce the new rights of Cargill workers in this unprecedented collective agreement.”

The union’s statement noted it had made extensive preparations for a strike. It said tents were erected in front of the plant, floodlights and propane heaters were brought in, nearby fields were levelled so that hundreds of workers could park, and a picketing payroll system was nearly complete.

The statement also noted that in Brooks, Alta., 2,500 employees who process beef at the JBS Plant are watching the Cargill precedent carefully. In the New Year, the union said it will head into bargaining for a new contract.