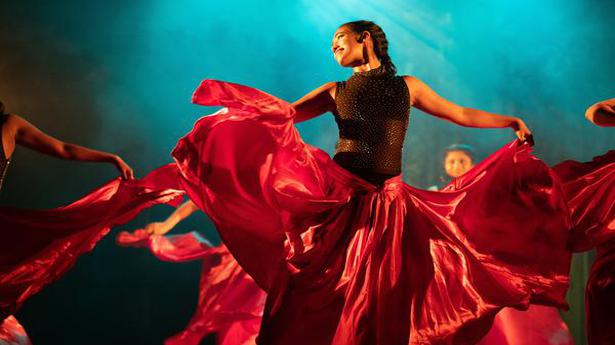 Spearheaded by Debapriya Das, the evening will feature some of her latest choreographies

Debapriya Das has a Masters in Economics and has even worked as a research economist. Not wishing to be tied to numbers, she took to belly dancing. Swaying to rhythmic Middle Eastern beats and learning all the nuances of this sensual form became her passion, so much so that Debapriya went on to establish Nrityakosh, a school of belly dance, in Bengaluru.

“We focus on traditional Middle Eastern dance styles and fusion work which comes from the dance vocabulary of belly dancing, Indian classical dance and contemporary dance forms,” says the young dancer, who started dancing in 2012. “I travelled every summer to meet my teachers and train for a few months before returning to practise.”

She presents her latest production on stage on December 5 at Bangalore International Centre, Domlur at 6.30 pm. Titled Leylet Hob, it will be an evening of Middle Eastern music, dance and storytelling. Choreographed pieces including “Muwashahat” (a medieval Islamic Spanish dance that has survived to the present day), “Kawleeya”, a folk dance style originating in Iraq and has since become integral to belly dance, and Indian fusion belly dance with influences from Kathak, Persian dance and Flamenco. “We will also present our new work called M.O.V.E, which is a 40-minute dance recital. It is a conversation through dance and movement during the pandemic, about us navigating this new world in our own ways with a pinch of nostalgia about the journey we did not sign up for. It was an online dance documentary, which also premiered on Nrityakosh’s YouTube channel in October 2020.”

Debapriya, also trained in Bharatanatyam, Kathak, Flamenco and contemporary dance, says she aims to break the primary misconceptions of belly dance, of how it is perceived and the commercial aspect of the dance form through her performances. She says, “There is a universal misconception that it is less than a classical dance form. Belly dancing is a movement vocabulary and the cumulation of so many dance forms from the Middle East. One section looks at belly dancing as a fitness goal, which is great, but that takes away from the fact that it is a traditional dance form.”

Tickets are available on insider.in