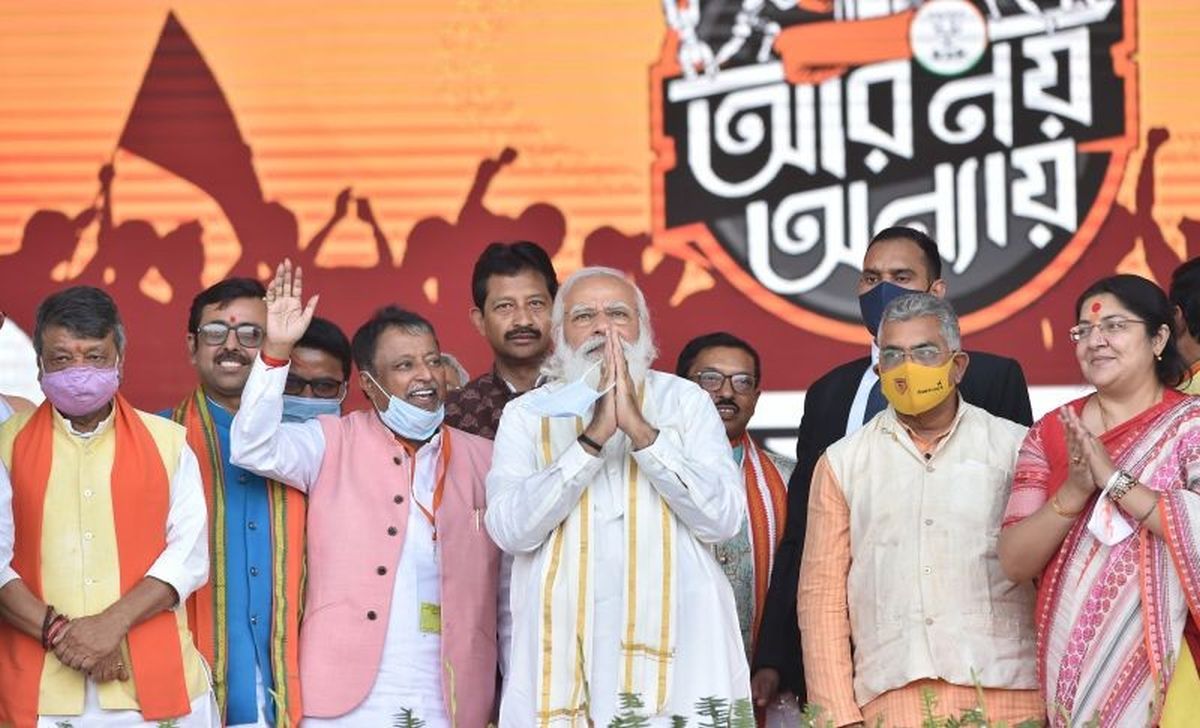 ‘In Bengal it is a very sad way in which the party is faring. I don’t have high hopes.’

Tathagata Roy, 76, has been a swayamsevak since 1986 and a Bharatiya Janata Party member since 1990.

While Roy considers himself a very loyal party worker, he is disenchanted with the BJP in West Bengal.

In an interview with Rediff.com Senior Contributor Payal Singh Mohanka he shares his angst.

The first of a two-part interview:

Is it true you are ready to bid farewell to the BJP for the time being?

What prompted you to do this?

There is nothing to be done right now.

I believe you are waiting to see the results of the municipal polls.

Of course. Though I am not very hopeful.

What is the exact reason for you to leave right now?

You see we have had a debacle in the state assembly elections and in the bye-elections.

The sad part is there are ups and downs in politics, but there is no analysis or an attempt to analyse the reasons for our miserable performance.

There is no attempt towards a makeover, a change of guard, anything of that sort.

So it is alright. I have just laid myself off. That is that.

You have always been a vocal critic of the BJP in the state You have even said it would become extinct if it did not mend its ways.

That is right. I did say that.

Post the poll results in West Bengal you had submitted a report to the BJP leadership in June.

It is a secret report so I still can’t share the contents.

It is a very thorough report, it is a very extensive report running into almost 11 pages. I cannot divulge the contents.

How has the party leadership reacted to that?

I don’t know yet. I have personally submitted it to Naddaji (BJP national president Jagat Prakash Nadda).

So the contents continue to be a secret even six months later?

Nothing has changed. Except one thing I can tell you it is very regrettable that there has been no analysis.

Even if you win an election, any serious party analyses the results.

What would you have done differently before the assembly polls?

That is a clever way of trying to find out what is there in the report!

I would have identified issues. Every election is fought on three or four major issues.

Those issues have to be taken home to the people.

I would have been much much more circumspect in choosing the candidates, the speakers and in strategising for the elections.

Considering you are a very senior member, your views were not sought at that point?

I can’t divulge. I have already told you some things. A change of guard is badly needed because the debacle can be directly attributed to the quad who ran the elections.

The ‘bunch of four’ as you describe them.

So you are not really leaving the party as such?

And you can see the BJP heading towards extinction in Bengal.

In Bengal it is a very sad way in which the party is faring. I don’t have high hopes.