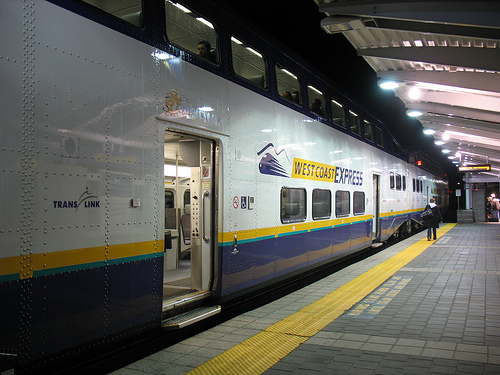 Commuters using the West Coast Express should expect delays on Thursday morning due to a mudslide on Canadian Pacific Railway tracks.

Commuters using the rail service westbound from Maple Meadows will not be impacted. A bus bridge has been set up to connect the Mission City and Port Haney stations with SkyTrain.

TransLink is asking customers to build in extra time for their commute.

Elsewhere, Highway 99 remains closed Thursday morning north of Pemberton due to another mudslide.

On the Coquihalla Highway, crews continue to work on protecting the Othello Bridge from further damage caused by flooding.

On Highway 1, the priority remains a stretch between Abbotsford and Chilliwack where a tiger dam is expected to stay in place.

“For now, it’s working, so that means that Highway 1 will be useable that much more quickly because those steps were taken,” Transportation Minister Rob Fleming said Wednesday.

B.C.’s South Coast under fog advisory through Monday afternoon – BC