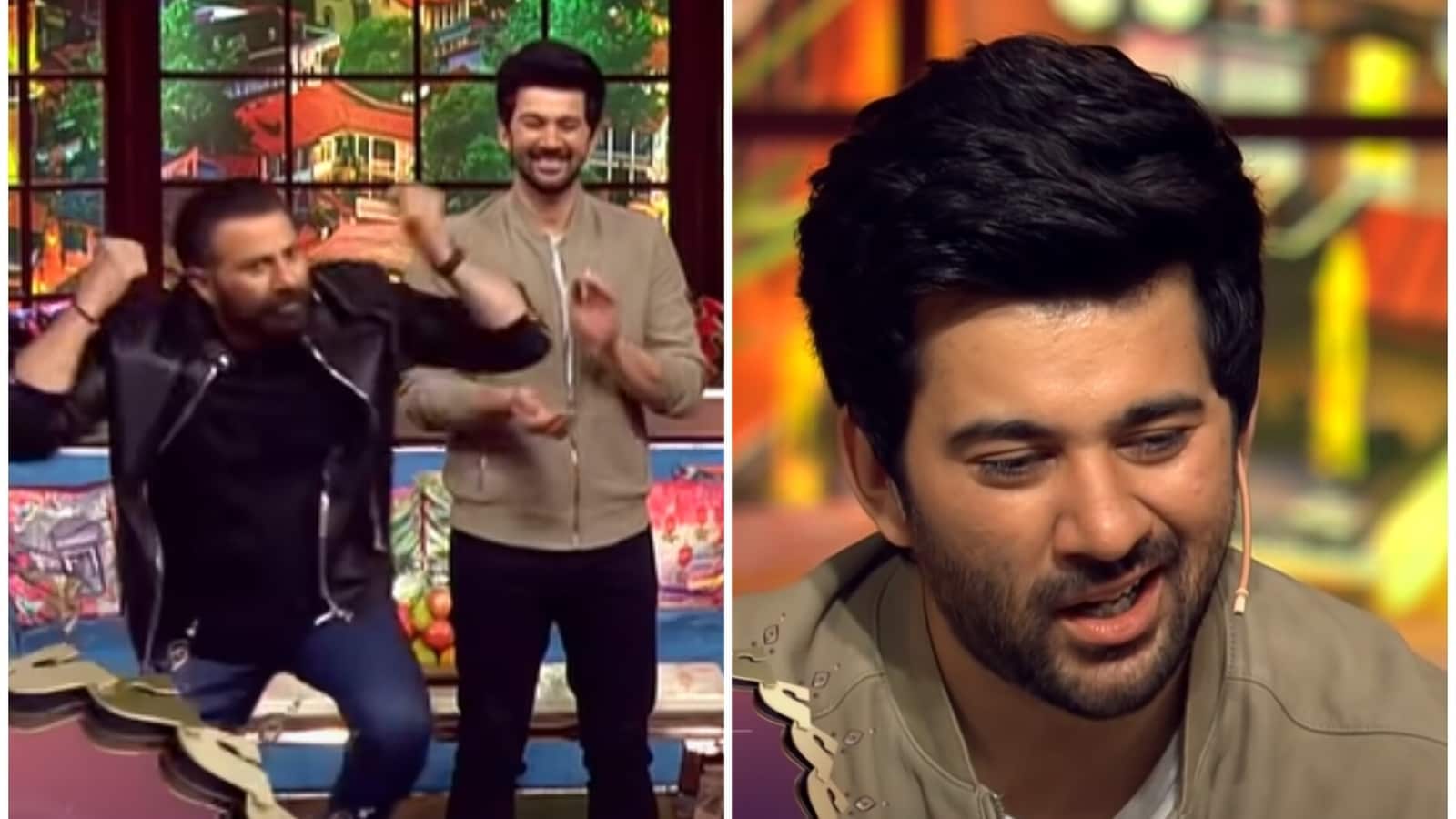 Kapil asked Karan whose dancing style he emulates – his father Sunny Deol’s, his uncle Bobby Deol’s or his grandfather Dharmendra’s. Sunny then made a surprise appearance and poked fun at his dancing skills. “Isse achcha koi dance kar sakta hai (Can anyone dance better than this)?” he asked, as he recreated his now-famous Yaara O Yaara moves, leaving everyone in splits.

The promo also showed the other guests who will appear on The Kapil Sharma Show this weekend – Chandigarh Kare Aashiqui director Abhishek Kapoor and lead stars Ayushmann Khurrana and Vaani Kapoor.

Kiku Sharda introduced himself as a huge fan of Ayushmann and cracked a joke about his film Dream Girl. Vaani gave everyone a tongue twister to say – ‘Road roller, load roller, upper roller, lower roller’. While Kapil got the first half right, Ayushmann failed to say any of it correctly, despite repeated attempts.

Sunny, Karan and others came to promote their upcoming film, Velle, which is a remake of the Telugu film Brochevarevarura. The film marks Karan’s first collaboration with his uncle Abhay Deol and also stars Mouni Roy. It is set for a theatrical release on December 10.

Chandigarh Kare Aashiqui revolves around Manu (Ayushmann), a fitness trainer from Chandigarh who falls in love with Maanvi (Vaani), a Zumba instructor. However, the revelation that she is a trans woman causes turmoil in their relationship. The film is scheduled to open in theatres on December 10.