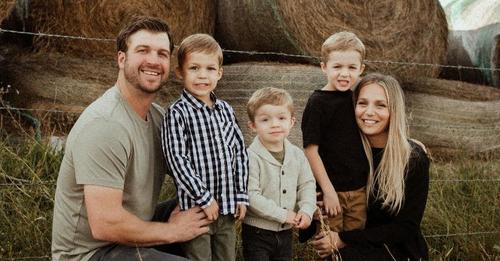 Matt Swaby, 34, passed away Friday in a “tragic farming accident,” according to a Facebook post from a family member.

He went on to play three seasons with the Saskatchewan Huskies from 2008 to 2011.

In a statement online, the Edmonton Oil Kings wrote the Prince Albert native “was known for his grit, determination, hard work and leadership.

“Matt was a guy that always had a smile on his face and brought a ton of energy to the room,” wrote Rogan Dean, the team’s long-time head equipment manager.

“He had no bad days and was a natural leader.”

A Go Fund Me has been started to help Swaby’s family.

“On Friday, November 26, the world lost one of the good ones,” it reads. “Our beloved friend Matt Swaby leaves behind his loving wife Carla and their three boys Thomas, 6, Blake, 4 and Kody, 2.”

Read more:
Call of the Wilde: With the Habs’ season in the balance, it’s time for a management change

According to the page, the money will go toward funeral expenses, education, ranch expenses and “hopefully some things that can bring Carla and the boys a smile.”