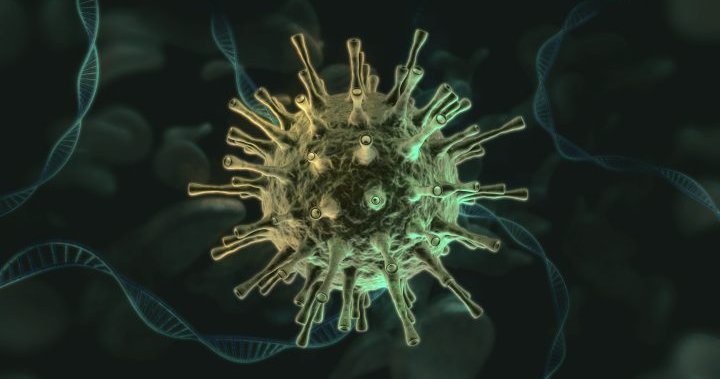 Canada has detected its first two cases of the Omicron COVID-19 variant.

A statement from Ontario’s Ministry of Health confirmed that cases of the variant, recently declared as the novel coronavirus’ fifth variant of concern by the WHO, have been identified in Ontario.

“Today, the province of Ontario has confirmed two cases of the Omicron variant of COVID-19 in Ottawa, both of which were reported in individuals with recent travel from Nigeria. Ottawa Public Health is conducting case and contact management and the patients are in isolation,” read the statement Sunday.

“In addition to the measures recently announced, we continue to urge the federal government to take the necessary steps to mandate point-of-arrival testing for all travellers irrespective of where they’re coming from to further protect against the spread of this new variant.”

Ontario’s Chief Medical Officer of Health Dr. Kieran Moore is set to hold a press conference on the variant’s discovery Monday morning, according to the statement.

Federal Health Minister Jean-Yves Duclos also confirmed Canada’s first two cases in a statement Sunday evening, and said that he was working with the province’s public health officials to contact trace the cases.

“As the monitoring and testing continues with provinces and territories, it is expected that other cases of this variant will be found in Canada,” read Duclos’ statement.

6:16
Staying ahead of a new COVID variant of concern

Staying ahead of a new COVID variant of concern

“I know that this new variant may seem concerning, but I want to remind Canadians that vaccination, in combination with public health and individual protective measures, is working to reduce the spread of COVID-19 and its variants in our communities.”

South African scientists first identified the heavily mutated variant earlier this week after an exponential surge in cases, prompting a host of nations — including Canada — to impose new travel restrictions on a wide swathe of southern African countries.

Public health experts and officials were alarmed by the variant’s high number of mutations — with preliminary data showing at first an increased potential for transmissibility, a reduction in vaccine effectiveness and increased reinfection.

Other experts were quick to point out South Africa’s low rates of vaccination, which currently sit at under 30 per cent of the total population, as well as a lack of evidence suggesting the variant is deadlier than the current dominant strains of the virus.

Canadian public health officials previously said that getting vaccinated was still the best way of preventing the most severe outcomes from contracting COVID-19, and that there was no definitive evidence yet of its ability to completely circumvent the protection offered by the inoculations.

Canada’s Chief Public Officer Dr. Theresa Tam also confirmed the detection of the new variant, and said that Canada has a “robust monitoring” system in place to detect genetic changes in the virus or new variants of concern, such as the Omicron.

“Last Friday, Canada announced additional travel measures for all travellers coming into Canada from the South African region. It is not unexpected that additional cases of this variant will be discovered in Canada,” read Tam’s statement.

2/5 Canada has a robust monitoring program in place to detect genetic changes in the #SARSCoV2 virus that causes #COVID19 and/or to identify any new variants of the virus in Canada, such as the #Omicron variant of concern.

A handful of vaccine makers have recently announced that they were also developing or examining ways to enhance or create new versions of their shots to combat Omicron.

The most recent was that of Moderna, whose chief medical officer Dr. Paul Burton told BBC that a new vaccine could be produced by “early 2022” if it was necessary.

“The remarkable thing about the mRNA vaccines, Moderna platform, is we can move very fast,” he said, noting that the company started work on an Omicron vaccine on Thursday.

Canada’s vaccination rates also stand among the highest in the world, with nearly 80 per cent of the country’s eligible population already vaccinated against COVID-19.

1:02
COVID-19: Vaccine against Omicron variant could be ready by early 2022, Moderna says

COVID-19: Vaccine against Omicron variant could be ready by early 2022, Moderna says

Public health experts told Global News earlier on Friday shortly before Canada’s announcement of new travel restrictions that they would not be surprised if the variant was “already here” and spreading within Canada’s borders.

On Sunday, the Netherlands, Denmark and Australia became the latest countries alongside Canada to discover the new variant among their cases.

The variant has already been found in Belgium, Botswana, Israel, Hong Kong, the U.K., Germany and Italy.