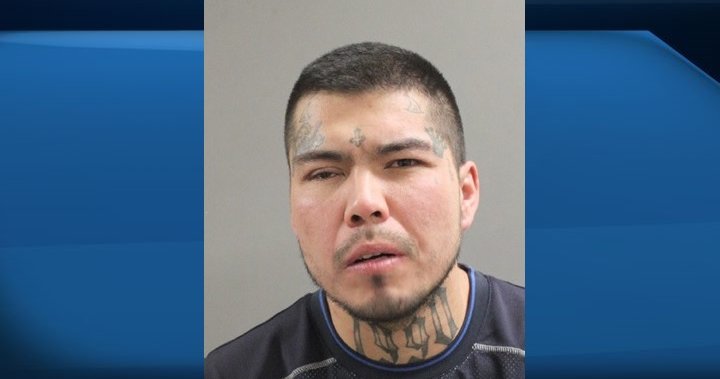 A Canada-wide arrest warrant has been issued for a man wanted in connection with the death of a 31-year-old woman in northeast Edmonton on Sunday.

The Edmonton Police Service issued a news release Thursday night asking for tips on the whereabouts of 31-year-old Donny Nathan Meeches. They said Meeches is wanted for second-degree murder.

According to police, officers responded to a call about an injured woman at a home in the area of 139 Avenue and 35 Street at about 8 p.m. on Sunday.

“Upon arrival, officers located the female and provided first aid, however, she succumbed to injuries at the scene,” police said.

An autopsy was completed earlier on Thursday and confirmed the woman was a victim of homicide. Police said they have decided to withhold the cause of death for “investigative reasons.”

“As the woman’s 11-year-old son was present at the time of her death, her name is being withheld to protect his privacy during this difficult time,” police added.

Police did not provide details about what investigators think happened but said Meeches and the woman who died “were known to one another.”

Police warn that they consider Meeches to be dangerous and he should not be approached.

He is described as being about five-foot-10 and 175 pounds with brown eyes and black hair. He has several tattoos on his face, neck, arms and hands. Police said he was last seen wearing dark pants, a white longsleeve top and a dark jacket.

The EPS noted that they believe Meeches has ties to Manitoba and British Columbia.

Click here to see a video of Meeches. Photos of the suspect can be viewed below.