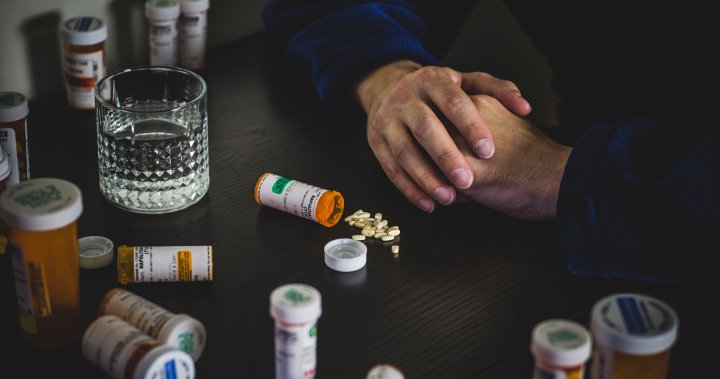 National Addictions Awareness Week, which runs from Nov. 21 to 27, aims to shed light on the way Canadians view those dealing with addiction while recognizing efforts to spark change.

“Addiction is really quite prevalent in our society in different forms,” said University of Lethbridge associate professor Dr. Bonnie Lee.

“It could be related to substance use, but it could also be related to certain behaviours, such as gambling, internet gaming, and you know there are other forms of behaviours that could be addictive that are under study.”

Lee, a clinician who teaches in the faculty of health sciences, said there is still a lot of stigma and misconception surrounding addiction.

“I would just like to call attention to addiction being really a human way of coping that overwhelms our natural abilities, and the more natural ways that we can find, the better off we are so we don’t have to resort to substances or behaviours to change the way our brain functions,” Lee said.

Dr. Cheryl Currie, an epidemiologist and associate professor of public health at the U of L, has been conducting several studies related to the ways the COVID-19 pandemic has affected rates of addiction.

She said social factors seem to play a role in the development or progression of an addition, describing it as a “slippery slope.”

“In Alberta, adults who experienced racial discrimination during the pandemic were much more likely to say that they dramatically increased their alcohol use as well as their cannabis use,” she explained.

“There’s a lot of shame around addictions, and I think if we don’t study it, if we don’t bring it into the light, it really does get hidden quite a bit.”

She added Canada is leading some of the richest countries when it comes to per capita alcohol consumption.

“The role of mindfulness, I think, can really be helpful for (someone) in their early stages (of addiction).”

Lee said: “Largely, prevention has to do with knowing how to build solid, supportive relationships with the people important to them.”

Lori Hatfield, a member of the non-profit Moms Stop the Harm, has been dealing with the effects of her son’s drug use since he was 16 years old.

She said it was thanks to a recovery facility in Calgary that her son was eventually able to begin the journey to recovery, but there were many difficult years that came with it.

How can addiction affect those around you?

“(My son) ended up losing everything,” Hatfield said. “He lost his vehicles. He had nowhere to stay. He ended up living on the streets.

“When you have somebody — a loved one — living with addiction, it does create a traumatic symbiosis in the family.”

Hatfield believes it takes compassion, along with tangible supports from the community and the government, to help people recover.

“Gone are the days of stigmatizing and judging people who use drugs,” Hatfield said.

“Trauma is one of the highest reasons why people are living with addictions, and to further traumatize them by treating them as less than human is just horrific.”

Hatfield said the support from joining MSTH has been extremely helpful in relating to others in a similar situation.

“For people that have somebody in active addiction, don’t give up on them,” she said.

According to the Alberta government’s substance use surveillance data, 1,026 people died from January to August 2021 from drug and alcohol poisonings.

Loa Manning, assistant owner and pharmacist at a Lethbridge Shopper’s Drug Mart, is encouraging the public to stop by a pharmacy to pick up a naloxone kit, a medication used to block the effects of opioids.

“If you see anyone you think might be having a drug overdose, what’s inside (the kit) will help you save their life,” she said.

The kits are provided at Alberta pharmacies for free. Manning said their pharmacy typically gives out a few each week.

“You can get as many kits as you want — if you want one for your house, one for your car,” Manning explained. “So just come and ask for one because everyone should have one.”