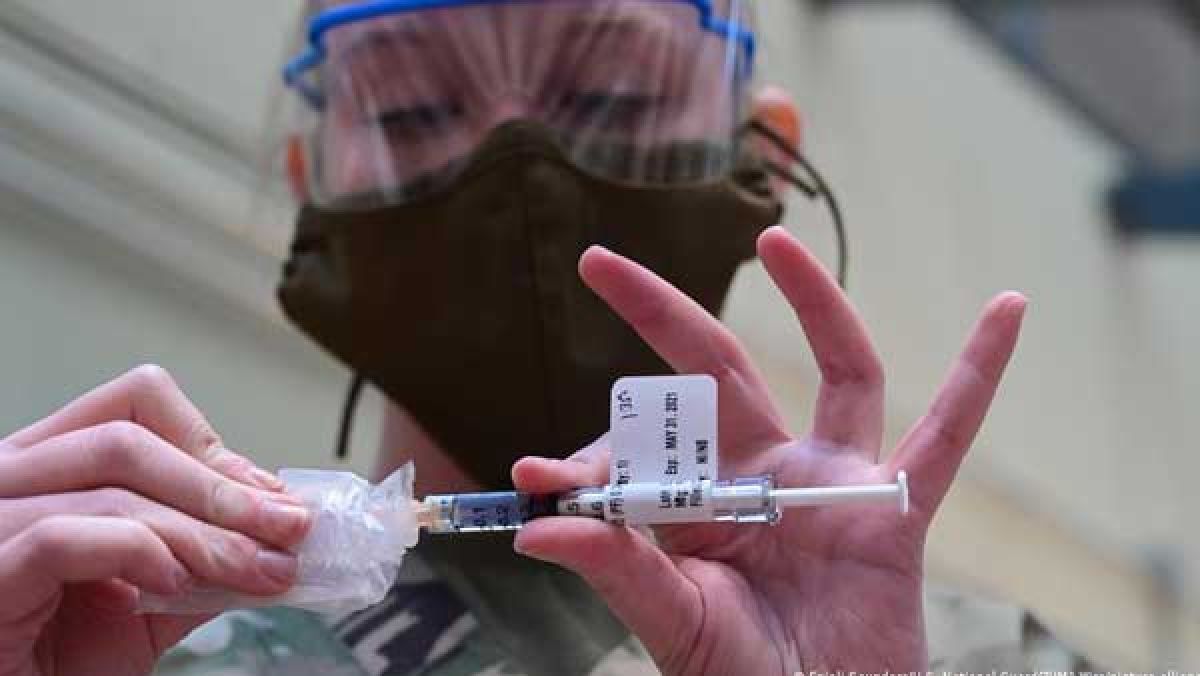 Washington, Nov 20: The US Food and Drug Administration (FDA) announced Friday that it had authorized to COVID booster shots for all adults, removing categories of eligibility and streamlining access to vaccines amid a spike in cases.

Previously the booster shots had only been available to vulnerable groups such as the elderly and immunocompromised, as well as anyone who had received the less effective Johnson & Johnson vaccine.

After the FDA authorization, an advisory panel at the Centers for Disease Control (CDC) on Friday voted unanimously to approve the boosters, clearing the final regulatory hurdle.

The move aims to get tens of millions more Americans three doses of protection before the new year, amid concern infections could worsen as people gather for the holidays.

The FDA said data from studies showed that a third shot of both the Moderna and BioNTech-Pfizer vaccines increased immune response to coronavirus.

Many US states already giving booster shots amid COVID spike

At least 10 states did not wait for federal government approval and began administering booster shots to all adults, with Utah and Massachusetts becoming the most recent states to do so.

Many people who did not qualify under the previous guidelines were able to obtain booster shots as many places giving out vaccines did not check eligibility requirements.

“Streamlining the eligibility criteria and making booster doses available to all individuals 18 years of age and older will also help to eliminate confusion about who may receive a booster dose,” FDA official Peter Marks said in a statement.

More than 195 million Americans have already received a full course of vaccines, defined as two doses of either BioNTech-Pfizer or Moderna or a single shot of the Johnson & Johnson vaccine.

More than 30 million people in the US including US President Joe Biden have already received a booster shot.

All three COVID vaccines used in the US offer significant protection against severe illness and hospitalization and death though the effectiveness of the vaccines wanes with time.

The Biden administration has long hoped to offer boosters for all.

However, in September an FDA panel of advisers opposed boosters based on the continued effectiveness of the vaccines in most age groups.

Instead, the FDA opted to endorse an extra BioNTech-Pfizer dose exclusively for the most vulnerable.

That decision came under heavy criticism from senior officials and others outside the administration.

The top infectious disease expert in the US, Dr. Anthony Fauci, and others have noted even milder infections in younger people can cause “long COVID” and lead to infections in the vulnerable given the highly contagious nature of COVID.

“I don’t know of any other vaccine where we only worry about keeping people out of the hospital,” Fauci said during a briefing on Wednesday.

Dr. Leana Wen, an emergency physician and public health professor at George Washington University, concurred on Twitter, writing, “The messaging has become muddled,” as she called it a “major mistake for the FDA and CDC to limit booster availability.”

Ugur Sahin, the CEO of BioNTech, told reporters when he was in Washington last week: “We have absolutely no chance in the current situation to control the pandemic without providing boosters to everyone.”

BioNTech-Pfizer released data based on a sample of 10,000 adults of all ages that found the booster shot restored protection against symptomatic inflections to roughly 95% even as the delta variant surges.

This week, the UK released data it gathered showing the same jump in protection after the country administered boosters to middle-aged and older adults. Israel has likewise credited widespread boosters for keeping the virus at bay and preventing a fresh wave of infections.

However, amid the talk and distribution of boosters in rich nations, there are concerns that poorer nations have only been able to vaccinate a tiny percentage of their populations.