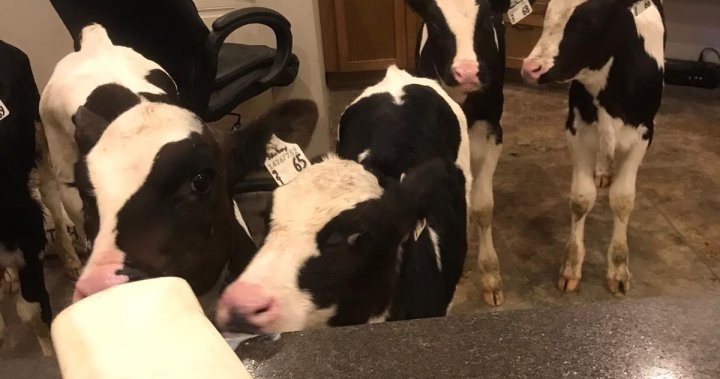 As efforts to mitigate the impacts of flooding in southern B.C. continue, experts say land and plants will likely make a strong recovery.

The natural disaster has been catastrophic for humans, but the ecosystems of the Lower Mainland and Southern Interior floodplains are built to withstand floods, said Simon Fraser University earth sciences professor Brent Ward.

“The flood plain — it’s supposed to get flooded,” he told Global News.

“Certainly in the past, natural flooding events are thought to be actually good for farmland in that they add fresh soil to the surface, which is kind of like the old-style fertilizer.”

Read more:
Returning home after the B.C. floods? Here are the health risks you need to know about

If the floodwater contains harmful substances, such as petroleum or industrial chemicals, that could be a concern, added Ward, but it depends on the concentration of those substances absorbed by the soil.

Many plants will easily grow through thin layers of extra sediment deposited on top of them, and if it contains fertilizer manure swept away from a nearby farm, that can be a bonus.

“That makes the water more dangerous to us, but it’s not necessarily dangerous to the soils,” said the co-director of SFU’s Centre for Natural Hazards Research.

Renee Prasard, an assistant professor in the University of Fraser Valley’s agriculture program, said the only way to determine the long-term impacts of the floods will be to test the soil.

She did not, however, predict major negative impacts in the fields of Chilliwack, as many of the crops were harvested before the record-breaking rain hit.

“The blueberry plants are dormant right now … so that risk of contamination from the floodwater doesn’t exist because there’s no crop there to contaminate,” she explained. “Most of our vegetable crops have already been harvested and out of the ground, so again, there’s no risk in that way as well.”

The roots system of an established perennial crop can also withstand a certain amount of flooding, she said. According to the B.C. government, the province has the largest berry industry in Canada, with more than 4,500 hectares of land set aside for berries in Abbotsford alone.

Read more:
B.C. floods: Gas to be rationed in some areas, some highways to be essential travel only

Stan Vander Waal, president of the B.C. Agriculture Council, agreed the timing of the flood could have been worse for plant-growers, but for those raising livestock, there’s never a good time.

In the Abbotsford area alone, an estimated 2,000 cattle are believed to have died. Just as floodwater can make humans sick, it can make livestock sick, said Vander Waal.

“(An animal) may need antibiotics if it’s suffered a significant cold, if I can put it that way. If an animal stood in water for a long time, that can have a negative impact — the animal’s too cold, next thing you get pneumonia.”

Apart from livestock, the only other animal concern spotted by Ward is the risk of too much sediment having been dumped in lakes and rivers by landslides.

“It can have an initial negative effect because sometimes that large amount of sediment that goes into the creek can affect fish habitat,” he explained.

“The fish need a certain grain size to make the reds to lay their eggs in right, and if there’s so much sediment that the water becomes very turbid, then you know it can actually seriously affect the fish and kill them.”

Just like floods, however, mudslides have occurred in regions impacted by this week’s atmospheric river for “thousands of years.” They’re part of the “mosaic of the ecosystem,” Ward said, and deposit large woody debris in creeks, which creates pools and riffles that actually benefit fish habitat.

Short of a major oil spill stemming from damaged pipelines or other industrial infrastructure, he said he doesn’t predict this week’s natural disaster will cause substantial lasting damage to the environment.

But it’s still unclear how these resilient lands will respond to future flooding and landslides as they become more intense and frequent due to climate change, he said.