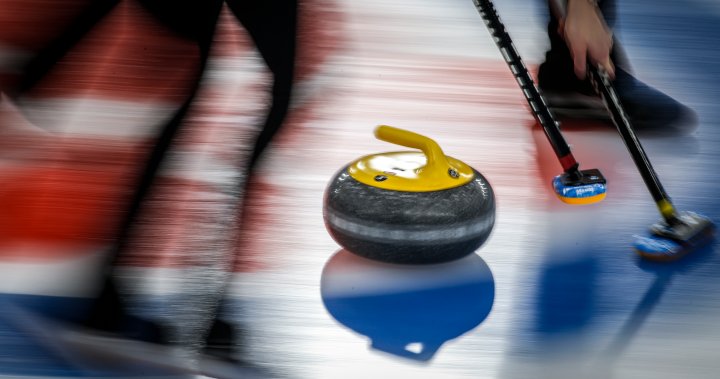 When it comes to intensity, he says nothing quite compares to the Tim Hortons Canadian Curling Trials.

“The camaraderie between the curlers goes away a little bit,” he said. “It’s probably the most competitive event I’ve ever played in.”

Bottcher’s rink is one of nine men’s teams entered in the 2021 trials starting Saturday at the SaskTel Centre. A nine-team women’s event is also on tap as the country’s top curlers square off with berths in the Beijing Games on the line.

“Normally when you’d be playing at a Slam or even a Brier, you’re a little more friendly with the other teams,” Moulding said. “There’s a little bit more laughing and joking and that doesn’t happen at the trials.

“For about a week — I don’t want to say hate each other — but definitely some of the friendships get put aside for a week.”

As reigning Brier champions, Bottcher’s side will be one of the favourites to wear the Maple Leaf in China this February. They’ll be joined by a who’s who of curling talent for a trials event that’s considered the deepest domestic competition of the quadrennial.

Olympic champion skips Brad Gushue (2006) of St. John’s and Brad Jacobs (2014) of Sault Ste. Marie, Ont., are back along with Calgary’s Kevin Koe, who’ll try to return to the Games after missing the podium in 2018 at Pyeongchang.

Practice sessions are set for Friday ahead of the round-robin opener Saturday afternoon.

“It’s more intensity,” Moulding said in a recent interview. “The normal ‘Hi’ and smile you’d get out of somebody, you’re not going to get at the trials. It’s just little things like that that I really notice.”

“I think the respect remains,” he added. “…I think it’s just more of an intensity and a little bit of a dog-eat-dog mentality.”

Koe made a game-winning draw to beat McEwen in the 2017 trials in Ottawa. McEwen topped Gushue in the semifinal while Bottcher settled for fourth place.

Ottawa’s Rachel Homan, who beat Chelsea Carey four years ago to take the Olympic spot, returns as one of the headliners in the women’s draw.

Reigning national champion Kerri Einarson of Gimli, Man., will also be a favourite along with Winnipeg’s Jennifer Jones and Tracy Fleury of East St. Paul, Man., who holds the top spot in the world rankings. Carey is serving as an alternate for Fleury’s team.

“I think it is one of the toughest events to win,” said Lisa Weagle, a former lead for Homan who’s now on Jones’s five-player team. “The field in Canada is really deep. We have a lot of great teams.

“To be able to win the trials is a major accomplishment, but then you also know that the work is not done yet. You’ve got a job to do at the Olympics.”

The top three teams in the men’s and women’s draws will advance to the playoffs next weekend. The finals are set for Nov. 28.

The SaskTel Centre seats about 14,000 for curling. All athletes, volunteers, media, event staff, contractors, and fans over age 12 must be fully vaccinated against COVID-19 in order to attend or participate in the event.