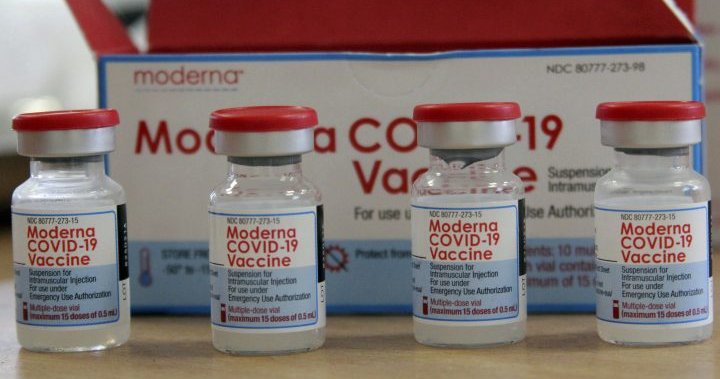 An informal survey shows that at least one million doses of Canada’s COVID-19 vaccine supply have gone to waste.

The Canadian Press asked health ministries across the country to provide how many doses had to be disposed of because they had expired or for other reasons.

Not all were able to reply by deadline. Some jurisdictions — including Yukon and Prince Edward Island — only provided the number of expired doses. Ontario refused to provide any information.

The survey suggests at least 1,016,669 doses have been rejected since vaccines first arrived last December. That’s about 2.6 per cent of the entire supply delivered to the provinces and territories that provided their numbers.

Unused doses vary wildly across Canada. Alberta reported disposing of 10 per cent of its doses; Nova Scotia 0.3 per cent.

Some waste is to be expected, but Canada should be striving for the lowest amount possible, said Dr. Ross Upshur of Toronto’s Dalla Lana School of Public Health and co-chair of the World Health Organization’s COVID-19 ethics working group.

It’s difficult to know if Canada is meeting that goal because of poor data-sharing and a lack of transparency, said Upshur.

“Some of that wastage might be from breaches of cold chain (some vaccines must be kept at low temperatures), but some could be not getting them into arms before the vaccine expires. It’s a complex, complex, complex issue,” Upshur said.

Without complete data it’s hard to know whether Canada’s vaccine supply is being managed effectively, said Upshur. For example, only some provinces could provide the number of doses that expired.

Read more:
COVID-19: Deadline approaching to get second dose in time for Christmas

In those provinces and territories, about 0.45 per cent of their vaccines had to be tossed because of an expiry date — about 120,578 doses.

“From a basic ethics principle, you want to be efficient — waste not want not,” said Upshur. “But also we know from decades and decades of vaccine program delivery that wastage is a reality.”

“A million doses sounds like a lot…but then you have to ask the questions of what were the factors when you break down (what) led to the wastage of the vaccines.”

A spokesperson for Nunavut’s Department of Health explained that with smaller populations in some communities there are sometimes doses left over in vials that can’t be saved.

Alberta’s Ministry of Health said wastage has become unavoidable because fewer people are coming in for shots.

“If doses are being discarded because of a lack of eligibility or strict criteria, then that’s inappropriate, because we know globally there is a gross shortage of vaccines. Any dose wasted is really quite sad,” Asadi said.

Read more:
The booster debate: Will you need a third COVID-19 shot?

Alberta continues to have hundreds of thousands of doses stockpiled, she said, yet pharmacists she’s spoken to say they’ve been told to discard doses rather than give boosters to non-eligible people. Asadi said provinces can prevent waste by offering booster shots to anyone 18 or older, similarly to what Manitoba has done.

“It’s a bizarre situation we are in, because there are people in Alberta and other provinces who want that third dose.”

Adam Houston, who works on medical policy for Medecins Sans Frontieres (Doctors Without Borders) said Canada’s vaccine waste is concerning when 47 per cent of the world’s eligible population — the majority in sub-Saharan Africa — has yet to receive a first dose.

Canada has a stockpile of 6.5 million doses and has donated 6.4 million doses to COVAX, an organization working to provide COVID-19 vaccines to low and middle-income countries.

“A dose sitting in a freezer somewhere not going into anybody’s arm and ticking towards expiry, that’s not something we want to see at all,” Houston said. “An expired dose is the worst scenario in a pandemic where many people don’t have access to a first dose.”

“That certainly suggests Canada could be doing more in this regard.”