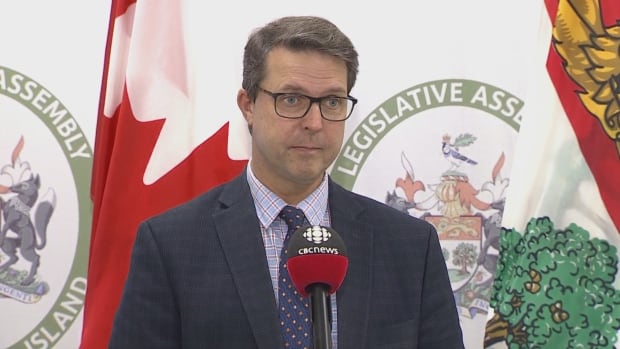 Prince Edward Island has enacted a two-year moratorium on what have become known as “renovictions” — evictions of tenants by their landlords in order to renovate their units.

Politicians from all parties have acknowledged that the practice, allowed under the province’s Rental of Residential Property Act, is sometimes used by landlords to skirt around provincial rent controls.

“What it means is that, immediately, there is a halt on people coming home and finding eviction notices taped to their door… because the landlord wants to paint their apartment and then rent it again for a higher rent,” said Green MLA Hannah Bell, an opposition member who sponsored the bill that passed in the legislature Wednesday.

Annual rent increases in P.E.I. are capped by the Island Regulatory and Appeals Commission. For 2021, the maximum allowable increase was one per cent. The same limit has been set for 2022.

That limit applies even if a new tenant moves into the same unit. But if the landlord renovates the unit, the limit on rent increases doesn’t apply when the unit is occupied again.

“This is really all about people during a crisis, and I think that this is a good piece of legislation to provide some relief to some desperate people in our community.”

P.E.I. has for years been struggling with a shortage of available housing, along with increasing housing costs.

The Canada Mortgage and Housing Corporation determined the apartment vacancy rate for P.E.I. was 2.6 per cent in October 2020. It bottomed out at 0.3 per cent in 2018.

P.E.I. has also led the country for years in population growth, while housing starts have not kept up.

Meanwhile, rising housing costs have helped make P.E.I. the national leader when it comes to inflation.

The annual increase in the cost of living in October for P.E.I. was 6.6 per cent. Over the previous 12 months, rental costs increased in the province by 7.6 per cent, according to Statistics Canada.

On Tuesday, MLA Cory Deagle from the governing PC Party asked the government to open an emergency shelter in his community of Montague, saying a lack of housing and rents that are out of reach for many have led to residents sleeping in cars and living in tents.

“I was kind of taken aback by it,” he told the legislature, explaining it had been his impression homelessness was an issue affecting large urban centres, not small rural towns like Montague.

IRAC doesn’t track the number of evictions in P.E.I. — only the number that are contested.

Speaking on the floor of the legislature in support of the Green Party’s bill, housing advocate Connor Kelly said fighting an eviction notice takes a toll on tenants because they prepare arguments for their case and worry about where they are going to live.

“I’ve talked to tenants who basically are considering suicide if they don’t win, because they’ll end up being homeless, because they have no options to find housing,” Kelly told MLAs.

The Green Party had been hoping for a blanket moratorium on renovictions for two years. But Housing Minister Brad Trivers introduced an amendment to allow evictions if the renovations are required “to protect or preserve the property or to protect the health and safety of persons.”

He said his amendment was required to allow landlords to perform necessary repairs.

“If you have a unit where there’s significant mould … or you might have a pipe burst and there’s six inches of water, again this is not a situation where a tenant can necessarily stay in the unit while the renovations are done,” he said.

The Greens came back with an amendment of their own, saying if an eviction notice goes out, the landlord has to have obtained a building permit — in the hopes that will provide some assurance the renovations actually require the unit to be empty. The amendment passed.

Bell expressed concern the changes to her bill opened the door for the moratorium to be sidestepped, but declared “it’s the best we can do right now, and that’s better than nothing at all, and that’s what Islanders need us to do.”

While the moratorium is set to be in place for two years, Trivers said the government plans to table new tenancy legislation in the spring, and have it implemented by June. That new legislation would supercede the Greens’ bill.

In February 2020, the province unveiled draft legislation that included a number of measures meant to protect tenants in cases of renoviction — including first right of refusal on the unit once it’s renovated, a longer period of notice required before eviction, and a requirement that the renovations be extensive enough to require a building permit.

After pandemic-related delays in consultations, Trivers said a new draft of the legislation will be ready to present by Christmas.