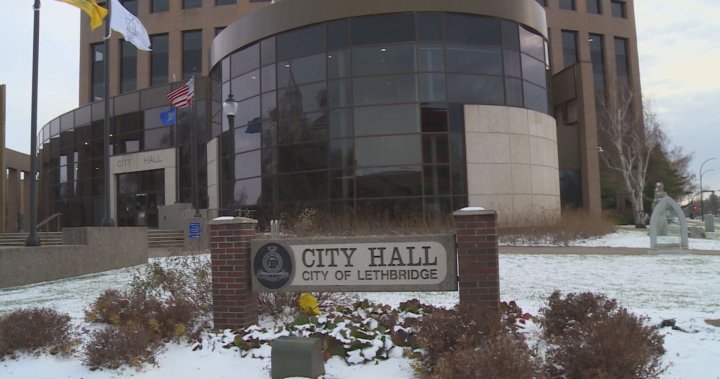 As of Nov. 15, City of Lethbridge policy states all staff must be fully vaccinated against COVID-19 — a policy many have complied with.

According to the city, 95 per cent of all staff have reported their vaccination status.

“We’re extremely pleased to report that the vast majority of staff have complied with this policy,” said Jason Elliott, the city’s general manager of people and culture.

“There is no doubt (the policy) had an impact on encouraging folks that may have been reluctant for whatever reason to make the choice to be vaccinated.”

1:35
COVID-19: Deadline approaching for second dose in time for Christmas

COVID-19: Deadline approaching for second dose in time for Christmas

Specific to the Lethbridge Police Service, 96 per cent have reported their vaccination status, with 92 per cent vaccinated.

“First and foremost, we’re very thankful that the high majority of staff here at LPS have become fully vaccinated or are in the process of becoming fully vaccinated,” said Insp. Jason Walper.

Anyone working for the city who isn’t fully vaccinated must report to work each day with a negative rapid test at their own expense unless they have a medical, religious or other exemption.

“The exception to that rule would be the Fire-EMS group that is involved directly in the provision of services under the (Alberta Health Services) contract,” Elliott explained.

“That group will not be permitted to submit rapid testing results at the beginning of every shift, as the AHS policy requires full vaccination compliance. That comes into effect on Nov. 30.”

Lethbridge Fire and Emergency Services have 94 per cent of staff reporting, with 97 per cent of those vaccinated.

Four employees voluntarily resigned due to their opposition to the policy, but the city could not say which departments those resignations were from.

Read more:
City of Calgary says most employees are vaccinated against COVID-19

The city has not fired anyone for refusing to comply but isn’t ruling out discipline as it moves forward in dealing with individuals on a case-by-case basis.

Walper said there will be no disruptions to police work as they continue to work with those who have chosen not to receive the vaccine.

“We’re committed to continuing to provide the service that we do to the community that’s uninterrupted, as far as providing public safety and responding to the concerns of the citizens and criminal offences in the community,” Walper said.

“That will not change.”

Other communities in Alberta have already implemented similar policies or are in the process of doing so.

The City of Red Deer told Global News 73 per cent of its workforce has provided their full immunization record as of Nov. 12, with a deadline of Nov. 19 — at which time a more complete picture of the total number of vaccinated staff members will be available.

Meanwhile, Medicine Hat has not implemented a mandatory vaccination policy for city staff.

The City of Lethbridge’s policy does not apply to city council.