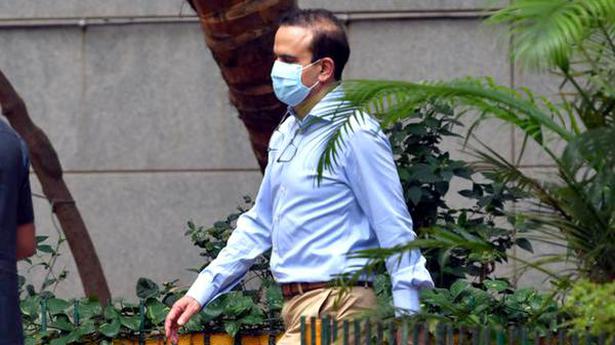 A magistrate court in Mumbai on Tuesday declared former Mumbai Police Commissioner Param Bir Singh and two others “absconding accused” in an extortion case against them.

The chief metropolitan magistrate allowed an application filed by the Mumbai police to declare Mr. Singh along with businessman Vijay Singh alias Bablu and Riyaz Bhati as absconding accused.

Special public prosecutor Shekhar Jagtap told The Hindu, “The court has under Section 82 (proclamation for person absconding) of the Code of Criminal Procedure declared all three as absconding accused.”

The case is about Bimal Agarwal, a builder-hotelier complaining about alleged extortion by Mr. Singh and dismissed assistant police inspector Sachin Vaze. An FIR was filed at Goregaon against all the accused under Sections 384 (punishment for extortion), 385 (putting person in fear of injury in order to commit extortion), 388 (extortion by threat of accusation of an offence punishable with death or imprisonment for life) and 120B (criminal conspiracy) of the IPC.

On November 10, a magistrate court had issued the third non-bailable warrant (NBW) against Mr. Singh in an extortion case registered at the Marine Drive police station here by real estate developer Shyamsunder Agarwal.

The second NBW against Mr. Singh in the case was issued on October 30 and the first was issued in another extortion case on October 25.

On October 20, the Maharashtra Government had told the Bombay High Court (BHC) that Mr. Singh is not traceable and that it cannot give a statement that no coercive action will be taken against him. This statement was made when the court was hearing a plea filed by Mr. Singh seeking to quash an FIR filed against him at two places.

Two bailable warrants have also been issued by retired judge of the BHC K.U. Chandiwal. The one-member committee was appointed on March 30 by the State Government to inquire into the allegations made by Mr. Singh in a letter he wrote to Chief Minister Uddhav Thackeray on March 20. The letter mentioned several instances where former Home Minister Anil Deshmukh allegedly directed Mr. Vaze to collect ₹100 crore a month from bars and restaurants.