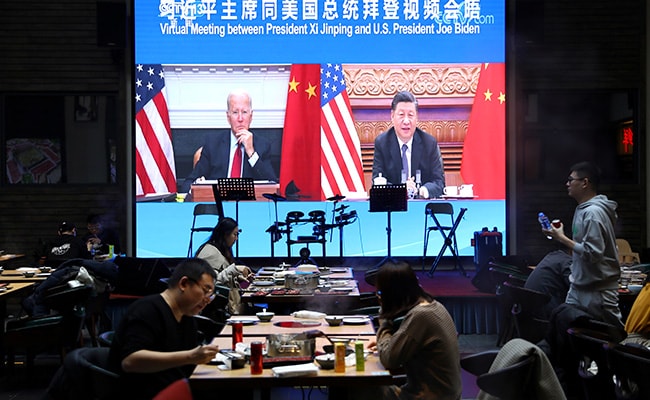 US President Joe Biden and Chinese leader Xi Jinping agreed at a virtual meeting to look into the possibility of arms control talks, US national security adviser Jake Sullivan said on Tuesday.

Joe Biden and Xi agreed to “look to begin to carry forward discussion on strategic stability,” Sullivan said in a reference to US concerns about China’s nuclear and missile buildup.

“You will see at multiple levels an intensification of the engagement to ensure that there are guardrails around this competition so that it doesn’t veer off into conflict,” Sullivan said in a Brookings Institution webinar.

Sullivan did not elaborate on what form the discussions on strategic stability could take, but went on to say:

“That is not the same as what we have in the Russian context with the formal strategic stability dialogue. That is far more mature, has a much deeper history to it. There’s less maturity to that in the US-China relationship, but the two leaders did discuss these issues and it is now incumbent on us to think about the most productive way to carry it forward.”

Washington has repeatedly urged China to join it and Russia in a new arms control treaty.

Beijing says the arsenals of the other two countries dwarf its own. It says it is ready to conduct bilateral dialogues on strategic security “on the basis of equality and mutual respect.”

It was the two leaders’ most in-depth exchange since Biden took office in January.

Although they spoke for about 3-1/2 hours, the two leaders appeared to do little to narrow differences that have raised fears of an eventual conflict between the two superpowers.

The United States had envisioned the meeting putting stability into a relationship increasingly troubled over a litany of issues, including what Washington views as Beijing’s aggressive actions toward Chinese-claimed Taiwan.

Asked if there was any progress on tensions over the self-ruled island, Biden said: “Yes. We made very clear we support the Taiwan act and that’s it.

Biden was referring to the Taiwan Relations Act, a U.S. law that requires the United States to provide Taiwan with the means to defend itself, though Washington has long followed a policy of “strategic ambiguity” on whether it would intervene militarily in the event of a Chinese attack.

“I said that they have to decide … Taiwan, not us,” Biden added later. “We are not encouraging independence.”

Xi told Biden in their meeting that China would take “decisive measures” in the event that Taiwan crosses Beijing’s red line in seeking independence.

Sullivan said Xi and Biden discussed a broad range of global economic issues, including how the United States and China can work together to ensure world energy supply and price volatility do not imperil the global economic recovery.

In the meeting Biden pressed his Chinese counterpart on human rights and Xi warned that China would respond to provocations on Taiwan.

A senior US official said in a briefing after the meeting that the US aim was not to ease tensions, nor necessarily was that the result, and there were no breakthroughs to report.

The China Daily newspaper said a consensus on journalist visas, among other points, was reached before the virtual meeting.

A spokesperson for the US State Department gave similar details, saying China had committed to permit U.S. journalists already in the country to depart freely and return, which they had previously been unable to do. It said the United States planned to facilitate similar treatment for Chinese journalists.