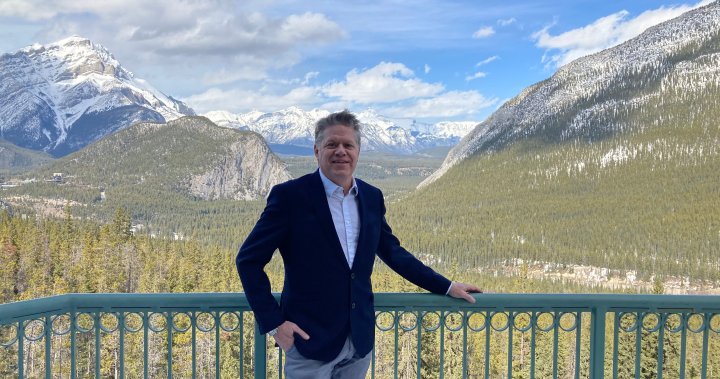 Albertan Dr. Darren Lund was a champion for human rights.

His cherished friends and family say he was a man of conviction and compassion, advocating for inclusion, acceptance and social justice.

He had just celebrated his 60th birthday surrounded by people who loved him.

Less than three months later, his friends are memorializing him. Lund was diagnosed with prostate cancer. He died on Nov. 10, 2021.

“He was so brave and so hopeful and so optimistic,” Howorun said. “He thought his health could help buy him more time.

“He was at the peak of his career and so much left to give.”

She said he was also a devoted father and lived life passionately, without regret.

“He was such an incredible man, adventurous, wise beyond his years and so vibrant and youthful,” Howorun said.

Lund was diagnosed when the cancer was too far gone and had wanted to urge people to speak up for their health.

“He trusted me to take care of him and advocate for him,” Howorun said.

“He assumed with his yearly physical he was getting screenings. Had he known he was at high risk, he would have wanted to be screened earlier on.”

Friend and colleague Michael Gretton recently nominated Lund for the Order of Canada.

“He was a catalyst in Alberta, influencing human rights, acceptance, inclusion, racism and multi-culturalism,” Gretton said.

“What Jerome Iginla is to hockey Darren Lund is to human rights: compassionate courageous collaborators who both moved the needle in their areas.”

“He is one of Alberta’s finest.”

Lund leaves a legacy of advocacy work in anti-racism. Colleague and friend Michael Embaie said he was special and humble.

“He didn’t do it for fame or for the limelight; he did it because he was a principled person who believed in equality and justice,” Embaie said.

“There is a huge gap now, but more importantly, for the students who had so much to gain from his knowledge, experience, commitment and compassion for diversity inclusion and anti-racism.”

When he was a high school teacher, Lund started Alberta’s first gay-straight alliance (GSA) and became an esteemed professor at the University of Calgary’s Werklund School of Education.

Dr. Ed McCauley, U of C’s president and vice-chancellor, said the UCalgary community is grieving the loss of this influential member of its family.

“Dr. Darren Lund’s unparalleled advocacy for diversity and human rights stretches back all the way from his early career as a high school teacher to his 19-year tenure as a professor of education. He dedicated himself to enriching equity, diversity and inclusion in education through the service-learning program for diversity and other community partnerships,” McCauley said.

“In both academia and beyond, Dr. Lund led with empathy and unconditional respect.”

Lund beat out 200 other applicants for a spot on the Calgary Police Service’s first-ever anti-racism action committee.

Insp. Avril Martin is the co-lead for the committee.

“What impressed me about Darren was his grace and humility. He was so authentic and the way he talked about himself and his privilege, those are his words, privilege and it really resonated with our membership and our service,” Martin said.

“I will always be grateful for his early support of me. I took inspiration from his courageous and principled leadership in setting up Alberta’s first gay-straight alliance,” Notley said.

“Darren was tireless in his decades-long fight for equality in Alberta, and our province is a better place because of him.”