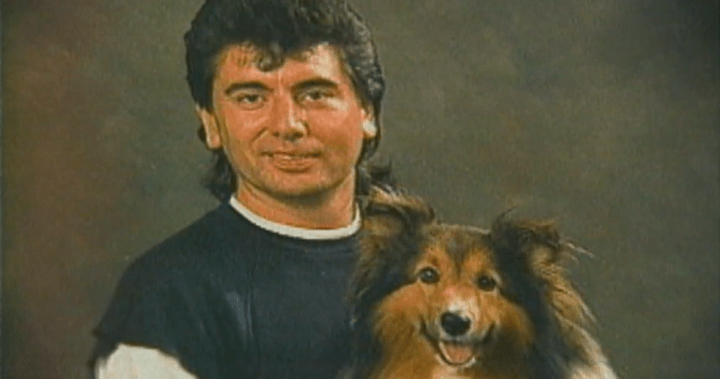 Twenty years after Vancouver man Aaron Webster was beaten to death in an area of Stanley Park known for gay cruising, supporters are fundraising to restore a memorial bench that now stands in the area.

“It’s a touchstone, a place to hold memory and a place to rebuild and go back into the world renewed in a way, but also in memory and in reflection,” Vancouver-West End MLA Spencer Chandra-Herbert said of the memorial.

Supporters say they need to raise $7,000 by the end of December in order for the park board to renew the bench, plaque and covered area near Second Beach.

Read more:
B.C. man says group of 7 assaulted, beat him, for being gay

Webster, a photographer and president of a Vancouver housing co-operative, was fatally swarmed by a group of men and beaten with baseball bats and pool cues on Nov. 17, 2001.

He was found not long afterward, and died in the arms of his friend Tim Chisholm.

Webster’s death rocked Vancouver’s LGBTQ2 community. The following day, hundreds of people marched through the streets of downtown Vancouver to where he died, and vigils were held across the country.

Police eventually arrested four people: Ryan Cran, Danny Rao and two others who were youths at the time and not named due to the Youth Criminal Justice Act.

Chandra-Herbert said renewing the bench was a chance to reflect on the battle against hatred, and the discrimination LGBTQ2 people face to this day.

“The pain never goes away. Being here, just thinking about him but also thinking of all of those others since he was murdered who have also faced this violence, is incredibly sad, but it also fortifies the soul to keep standing up for equality and for a better way to live and against hate,” he said.

“I don’t think we can forget and I don’t think we should forget that Aaron Webster was murdered in this park for being gay, I believe. Because too often people say that was in the past, that’s all gone. Well, 20 years is not a long time.”

Anyone who wishes to contribute to the restoration of the Aaron Webster memorial can do so through an official City of Vancouver donation portal.