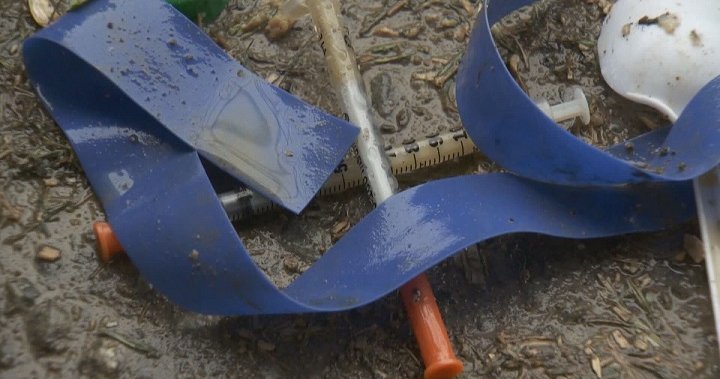 The latest numbers on drug overdose deaths in Saskatchewan has advocates calling for more support from the provincial government.

This week, the Saskatchewan Coroners Service released an updated report of confirmed and suspected drug toxicity deaths this year in the province.

Suspected deaths are when evidence suggests a person suffered from a drug overdose, but the investigation is not yet concluded.

In comparison, Saskatchewan tallied 314 confirmed overdose deaths and 16 suspected deaths in 2020 for a total of 330.

In addition, 81 of Saskatchewan’s confirmed deaths in 2021 were reported in Regina and 42 were in Saskatoon.

Regina led the way in 2020 with 139 confirmed deaths due to overdose while Saskatoon recorded 73.

The Saskatchewan government says the growing number of deaths is a concern, but officials note it’s a problem not unique to Saskatchewan.

“You see other provinces across the nation right now that are struggling with increased addictions issues and overdose issues,” said Everett Hindley, the provincial minister of mental health and addictions. “Some of that is brought in by the pandemic or a more toxic drug supply.”

Hindley said more work is being done to respond to the rising concern of overdose deaths.

The minister mentioned there is $2.6 million in new funding towards addictions in this year’s budget, including the procurement and establishment of three community wellness buses, improving access to harm reduction supplies, along with 150 addictions, treatment and detox spaces in the province over the next three years.

He added there is also more budget spending on supports such as testing strips in Regina and Saskatoon with a plan to expand that program to other communities.

“There is lots of funding and new initiatives rolling out. We’ll also be announcing new ones in the weeks and months ahead.”

Despite the government initiatives and funding announcements, advocates say more help is needed as overdose death numbers show no signs of slowing down.

“If we’re on the track that we’re on this year, and the numbers are 363 for potential because of course the suspected number of deaths, we’re on track to almost 440 deaths this year,” said Marie Agioritis, Saskatchewan’s regional lead for Moms Stop The Harm.

Agioritis, who lives in Saskatoon, lost her son Kelly in January of 2015 to a fentanyl overdose.

Read more:
The opioid crisis is killing Canadians, but where is the political will to solve it?

Back then, there were 121 confirmed deaths in the province.

“We need more harm reduction, a safe supply of drugs and a model of decriminalization,” Agioritis suggested. “It’s also a failure on the part of leadership to do evidence-based things to make this situation better.”

1:52
No plans for Saskatchewan to decriminalize drug possession, province says

Michael Parker, executive director of Regina’s Newo Yotina Friendship Centre, which has a safe consumption site, said one of the centre’s biggest needs is increased funding.

While he admitted there have been some positive steps forward such as the City of Regina announcing an indoor space for the Camp Hope tent city, he would like to see more financial support from the government.

“We have to close the doors at 4 p.m., but we certainly know if we were able to be open for longer hours, we could do more,” shared Parker.

“We need more than the lip service and the supplies to support it. We need long-term funding.”

Parker mentioned that it costs the Newo Yotina Friendship Centre $10,000 per month to operate from 9 a.m. to 4 p.m. Monday to Friday.

He said expanded funding would allow their centre to be open longer hours or even on weekends.