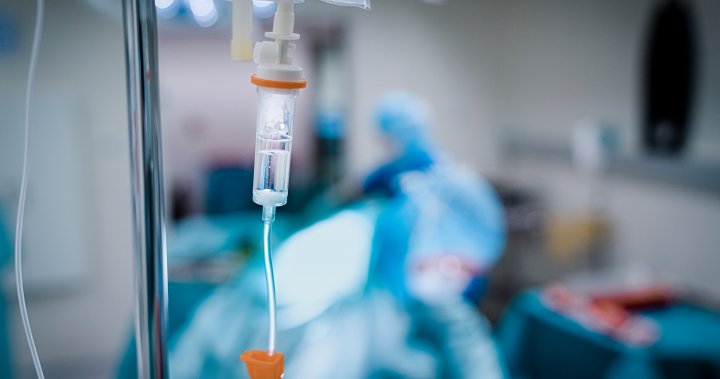 Recent reports show health-care workers across the country are facing more and more harassment and even violence on the job as we move toward the two-year mark of the COVID-19 pandemic.

Now, medical groups are calling for zero tolerance of any kind of abuse for frontline workers.

“This can take so many different forms.

“It could be family members who become maybe very frustrated and very upset and express that towards health-care providers. It could be patients who have emotional distress, or are very angry for a variety of reasons and have become — perhaps as a result of underlying mental psychiatric illness or substance-use problems — have now become unsafe to themselves and those around them.

“We have a patient who — whether they’re aware of it or not — can punch, grab, sink their nails into someone’s forearm and become very aggressive towards our staff,” Lang said.

“It really only takes one aggressive incident for people to feel fearful, (take) extended sick leave and even resignation.”

He says mental health has declined and substance abuse has increased over the course of the pandemic, leading to verbal and sometimes even physical outbursts.

“We know that alcohol consumption has increased. So we have the mental health strains on the population because of the isolation that has occurred.

“Initially, we saw a lot of despondency from people losing their jobs, and we saw a really dangerous and very tragic uptick in the opioid crisis.

“So all of those things was kind of like the perfect storm coming together with people increasingly presenting to the emergency department in unsafe and agitated states.”

“We’re advocating for very clear expressions of non-tolerance of violence and any kind of abuse in the emergency department, no matter where it’s coming from or who’s responsible for it. And we need the resources and the training to address it.”

2:31
Front-line workers say hospitals are no place for protests

Front-line workers say hospitals are no place for protests – Sep 14, 2021

Alberta Union of Provincial Employees (AUPE) vice president Bonnie Gostola says people are tired, angry, “pandemicked out” and they’re taking it out on their members.

“It really doesn’t matter which side of the argument you’re on, whether you’re vaccinated or not, people are tired and I think we’re kind of at our wit’s end as a society,” she said in an interview Thursday.

“We’ve been dealing with this pandemic for so long.

“We’ve had incidents in facilities across Alberta where the public is taking out their anger on the people that are actually there to help them and it’s becoming an unacceptable place for us to be.”

She said they’ve had members come forward with stories of being berated and verbally abused. There haven’t been any physical incidents yet, but Gostola is worried things will escalate.

1:57
Some businesses harassed or threatened over COVID-19 vaccine passports

Some businesses harassed or threatened over COVID-19 vaccine passports – Sep 27, 2021

She said there needs to be a fundamental change in culture.

“We are really working on changing the culture of how the employers respond when they’ve had incidences occur to members and, you know, instead of the mentality of: ‘Well, what did you do wrong to incite a violent act?’ Whether it be verbal or physical, it’s like: ‘How can we help you?’”

The AUPE wants to see this shift in mindset reflected in future bargaining agreements.

“It’s really about employers recognizing that these incidents are occurring, it’s giving the victim of these violent, because … they take many forms … the ability to say that they’re actually believed, that this is happening, that they have the time to, you know, report it and be given the tools to help them address it.”