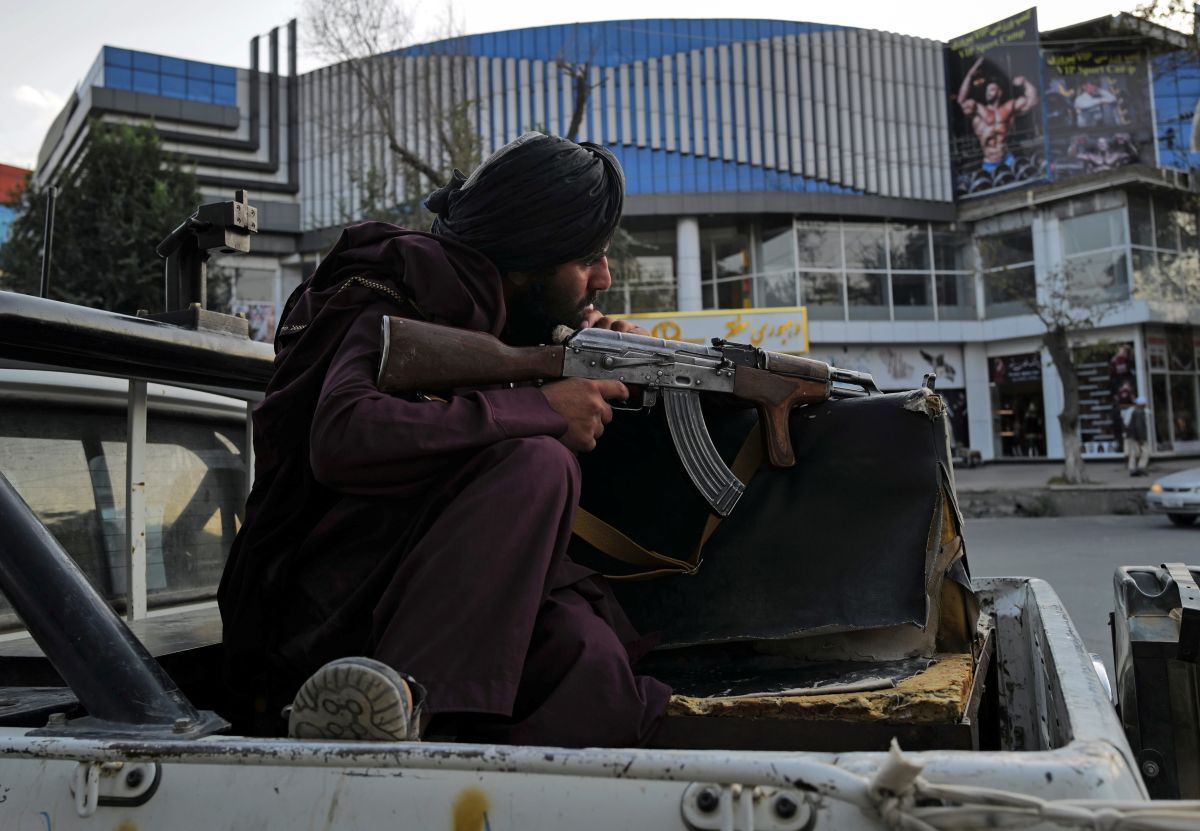 ‘It was always anticipated that the return of the Taliban would embolden armed Islamists including anti-India groups like the Lashkar and Jaish.’

The suicide bomb attack at a mosque in Kunduz on October 8 highlights once again how volatile the situation is in Afghanistan.

With Afghanistan heading towards an economic meltdown, Dr Radha Kumar, a historian who has specialised in ethnic conflict and peace processes, explains to Rediff.com‘s Senior Contributor Rashme Sehgal how this war torn country is heading towards a humanitarian and socio-economic collapse. The first of a two-part interview:

ISIS-K claimed responsibility for the suicide attack on a mosque in Kunduz on October 8.
Is this a prelude for an escalation of violence in Afghanistan or do you feel such attacks will be few and far between?

There have been a series of attacks on minorities over the past two weeks. Violence seems to be on a rising curve.

Will this suicide bombing affect Taliban relations with Iran given that Iran, China, Russia, Turkey, Qatar and Pakistan have been in the forefront to insist there is a need for strategic rebalance in this area?

There have been several major attacks on Afghan Shias and they are undoubtedly of grave concern to Iran, as is the prospect of a rise in cross-border attacks by Afghanistan-based radical groups in the Khorasan and Sistan-Baluchistan regions.

Iran has also seen large refugee inflows since the Taliban takeover, adding to the two million that the country already hosts.

Further, narcotics smuggling through Iran is increasing, as the recent seizures at the Adani port indicate.

The impact of Afghan heroin impact on Iran’s people has been severe for some time now.

While Iran’s conservative Islamic leaders have welcomed the US defeat in Afghanistan, their initial cautious welcome of the Taliban appears to be fading fast.

Iran’s leaders have expressed clear dissatisfaction at the Taliban’s attack on the Panjshir valley and the absence of minorities in the Taliban’s new cabinet and other ministerial appointments (barring a couple of token appointments).

Iran has been Afghanistan’s largest trading partner since 2018.

Rebalancing is a larger question. Unlike the US, Russia and China have recognized that Iran is a major stakeholder in Afghanistan’s stability.

But Iran’s leadership is uneasy playing junior partner to two behemoths bent on pursuing their own national interests; it would be more comfortable in a regional cooperation framework.

The arrival of the Taliban has seen an escalation of violence in Kashmir. Seven civilians have been killed since October 2.
The Resistance Front (TRF) claims responsibility for these killings. Indian security forces believe TRF istance Front is an affiliate of the Laskar-e-Tayiba.
How would you explain this spurt of violence even though the Taliban claims they will not pursue the `Kashmir cause’.

It was always anticipated that the return of the Taliban would embolden armed Islamists, including anti-India militant groups such as the Lashkar and the Jaish.

That does not mean, however, that the Taliban are involved in the rise in violence in Kashmir.

I believe the IS has claimed one of the recent killings.

As for the TRF, it appears to be a group of young Kashmiris, mostly from south Kashmir, who have been mostly locally recruited and trained.

I do not know if it is an affiliate of the Lashkar, but militants can often move from one group to another, or work together.

Will the presence of the Taliban pose a threat to Pakistan?
What kind of relationship will the Taliban have with the Pakistan and more specifically with the ISI?

The Taliban have several times stressed that they will resist other countries’ attempts to influence them, and that includes Pakistan.

Pakistan would like a stable and subservient Afghanistan. Neither is on the cards as of now.

By the way, it is also worth noting that the Pakistani ambassador in Afghanistan (Mansoor Ahmad Khan) was previously posted at the Pakistani high commission in Delhi, during which time he built strong relations with some Kashmiri leaders.

What were the reasons that former president Hamid Karzai and former minister Dr Abdullah Abdullah have been kept out of government formation?

The Taliban believe they have won the war and have no need to share power with former opponents.

Moreover, they have to first satisfy their ranks’ desire for a share in portfolios.

The ‘inclusive government’ promise made at Doha was clearly not seriously meant.

It appears that the US have restarted their engagement with the Taliban. Will this restricted to aid or will it be extended into other fields?

At the moment, there is some cautious discussion on aid between the Taliban and US and EU representatives, but both are still asking the Taliban to respect the promises made at Doha, especially on women’s education and right to work.

The US offered counter-terrorism cooperation against the IS-K, but the Taliban have thus far refused.