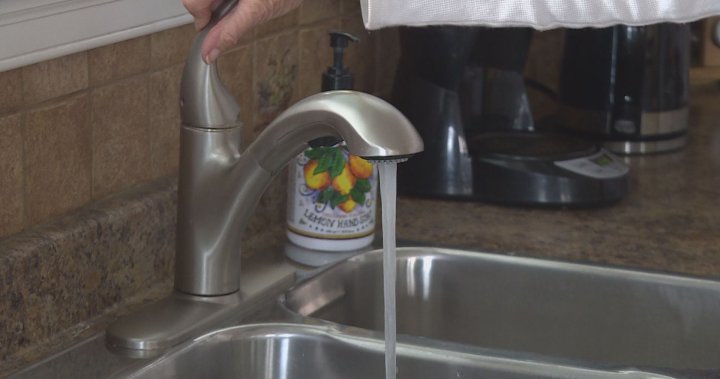 Months after the White Rock Lake wildfire swept through their community, residents of the Killiney Beach area, on the west side of Okanagan Lake, are still being told not to drink their tap water.

The lengthy Do Not Consume Advisory has turned into a major inconvenience.

West is getting fed up with the ongoing advisory for the Killiney Beach water system. He feels the regional district, the utility’s operator, should be acting more quickly to return potable water to the area.

“They talk about all this work that they are doing on it and there is hardly ever anyone around here. We’ve just been put on hold by Kelowna. They are just not taking us seriously,” West said.

Since residents of the area returned from a lengthy wildfire evacuation in early September they’ve been told not even boiling their water will make it safe to drink.

The advisory has meant they need to buy water or haul water from stations set up by the regional district.

“You have to go and pick it up at a fire hall down Westside Road and it is, for us being seniors, hard packing it around,” said resident Peggy Snell.

The Regional District of Central Okanagan which operates the Killiney Beach water utility denies it’s dragging its feet on clearing the system for consumption after the fire.

“Given the scope and the scale of the [fire] impact in this community, while it is a huge source of frustration, a few months without drinking water tends to be the norm when your community has largely been impacted to this degree,” said the manager of engineering services for the regional district Travis Kendel.

The regional district said the system was under negative pressure during the wildfire, which could have drawn water from foundations into the utility.

Things like ash and melted plastic also could have impacted the system, Kendel said.

“You may have heat that impacts pipes underground. A lot of these water systems, you won’t see them just walking around the community, they are buried and so we have to rely on these detailed tests to pull that analysis out and confirm that the water quality is good,” said Kendel.

Those detailed tests are expected back any day and could clear the way for the Do Not Consume Advisory to be downgraded.

While no specific issue has been found with the water, it also hasn’t been proven safe.

“Drinking water is health. When it comes to health we don’t take risks with people’s wellbeing,” said Kendel.

“They keep dragging it out. Maybe it will be here by Christmas who knows,” said West.