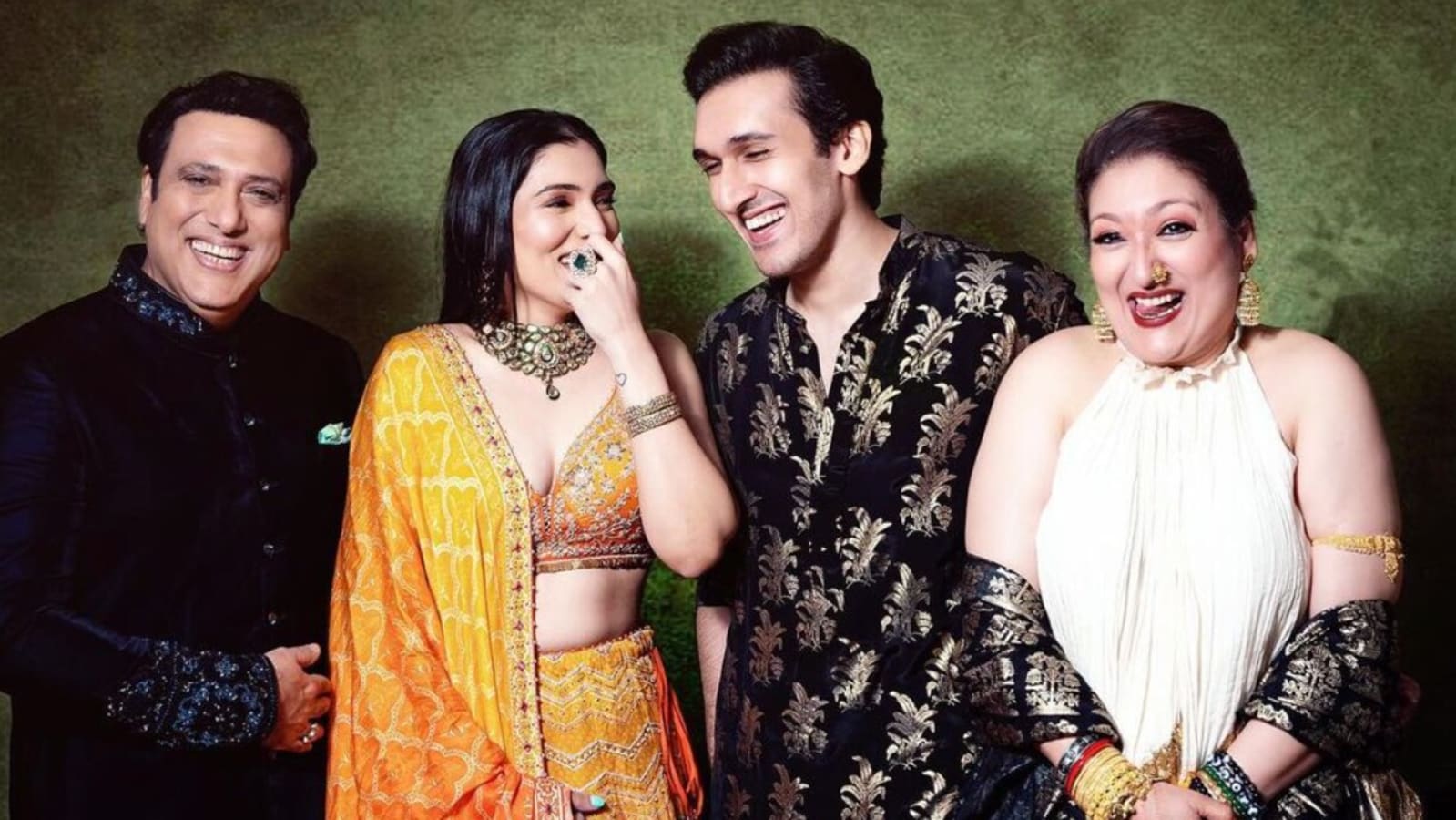 Actor Govinda has shared a couple of photos from his Diwali celebrations with family. The professionally clicked photos show the whole family decked up in traditional outfits for the festival.

Govinda is seen in a black sherwani while his wife Sunita Ahuja wore a white dress and carried a black stole. Their daughter Tina Ahuja wore a yellow lehenga and their son Yashvardhan was in a black and golden kurta.

Sharing the photos, Govinda wrote, “Heartfelt Diwali greeting to all of you from us.” He also wished his fans a ‘happy new year’. Earlier, Prime Minister Narendra Modi had also extended greetings to the people of Gujarat on the occasion of Gujarati New Year.

On Karwa Chauth last month, Govinda had shared pictures with Sunita and mentioned how he had gifted her a BMW car. “To my best friend, the love of my life, the mother of my two beautiful children. Happy Karva chauth. I love you. My love for you is beyond is immeasurable. Par aaj ke liye is chote gift se measure kar lena (But measure it by this small gift). You deserve all the happiness in this world and more. Love you my Sona,” he wrote.

Govinda’s daughter Tina is also an actor. She made her Bollywood debut in 2015 with Smeep Kang’s Second Hand Husband, opposite Gippy Grewal. The film, which also starred Geeta Basra and Dharmendra, was a box office dud.

Also read: Govinda says ‘never thought I will come out of that chawl’, wife Sunita wishes she had a son like him

In an interview with a leading daily, Tina spoke about how her father never gave her a leg up when it came to finding film offers. “That’s the one thing that dad has not done so far and I have never asked him to. The day I feel that I need something, he is always there, but I can never be called a nepo-kid; I have got all my movies on my merit. I got all the offers on my own; he never had to help me. But he was aware of what I was doing or not doing. He still gets a report of everything that I am doing, but that doesn’t mean that he will interfere in my work. Dad has never called up anyone to get me a movie, so I can’t be called a nepo-kid,” she had said.