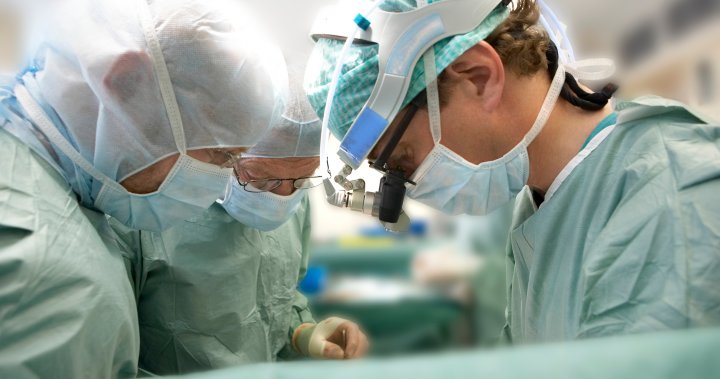 Albertans are getting a clearer picture of just how hard the fourth wave of the pandemic impacted hospitals.

While Copping said two-thirds of non-urgent surgeries are now happening again, he warns hospitals are still over capacity and the province is not out of the woods yet.

There has been a big drop in the number of people fighting COVID-19 in hospital, but some critical care physicians say if we want those numbers to keep falling and avoid a fifth wave, measures must remain in place.

They point to what happened in the summer when Alberta opened too soon and let the fourth wave sweep over the province and nearly sink our health-care system.

Dr. Noel Gibney expects it will take until the end of the year for intensive care units to get back to normal levels.

“We simply can’t afford to have another surge on the heels of that. Things are getting better but, unfortunately, it’s going to take time to work its way through,” he said.

“It’s really important that we’re careful that we keep our current measures in place until at least into the new year and until at least we have our ICUs into a baseline. Because if we don’t, we are going to see a surge on the end of another surge at a time before we’ve actually started to catch up on our backlog of surgical and other medical procedures.”

He expects COVID numbers to go up after Christmas, when people will gather to celebrate and he says this will be a key time for Albertans to remain vigilant.

“The pandemic isn’t over but we can significantly impact how any further surges occur. We can have big ones or we can have little ones. I think it’s really important we behave in the most appropriate manner, continue with restrictions, get vaccinated.”

Gibney says mixed messaging from the province has made the COVID fight even harder and it’s important for government to send a clear message: that the pandemic isn’t over.

Director of Infection Disease Control at U of A hospital,  Dr. Stephanie Smith, admits Albertans are tired, but she agrees throwing out restrictions too quickly has backfired on the province before.

“I hate to use this term because it’s so overused, but we may be in a new normal as opposed to an old normal. So I anticipate in at least the first part of 2022 that we will continue to have vaccine mandates and extreme vaccine restrictions to go to things like gyms and restaurants and that kind of thing. I don’t think that that’s going to change anytime soon,” she said.

“I think that if we can really try to push the vaccine numbers and get as many people vaccinated as possible, including children, then we may get to a point where we’re really looking at…more of an endemic kind of situation. So we’ll have more stable hospitalization numbers of not these huge ups and downs that really cause havoc with the health-care system. And that’s really the goal.”

1:58
Thousands of Alberta nurses will soon be eligible for COVID-19 booster shots