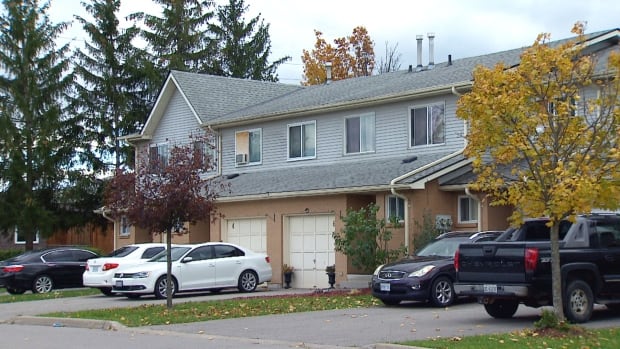 Urban planner David Harrison is standing in a field in Dartmouth, N.S., where, if all goes to plan, more than 300 units of sorely needed non-profit housing will grow over the next 10 years.

Harrison has spent two decades trying to get more developments like this one built, but not all of his efforts have been successful. He worries the supply is nowhere near enough.

“We’re in a housing crisis here. It’s a question of supply and affordability,” he said. “I’ve not heard of a community in the province that doesn’t have a housing problem.”

Harrison’s job is to help the Dartmouth project get ready to apply to NHCF, perhaps next year.

But four years into the National Housing Strategy, and with a new federal minister dedicated to housing, non-profit housing advocates say the NHCF needs a total revamp.

The program is the federal government’s flagship initiative for building affordable housing, with a trove of more than $13.8 billion in loan money to build homes for families forced to choose between rent and groceries. But it’s a trove some non-profit builders say they can’t access.

In practice, the NHCF is failing to fulfil its potential, national housing advocates told a CBC News investigation into access to affordable housing.

“I think it was a bit of a poker game,” said Ottawa-based housing policy consultant Steve Pomeroy.

The NHCF is administered by the Canadian Mortgage and Housing Corporation (CMHC), which is the Crown corporation that administers Canada’s National Housing Strategy. The CMHC is responsible for scrutinizing the applications from organizations that want to use NHCF to get construction loans, but Pomeroy says the CMHC’s vetting process is creating insurmountable barriers.

‘We have got to get people off the streets’

More than 90 per cent of NHCF users are non-profits or lower levels of government, like municipalities. The program was designed to appeal to community housing providers, many of which were initially excited to apply.

When municipal councillor Annette Groves talks to people in her ward in Caledon, Ont., she hears about the desperate need for housing.

Groves says she was brought to tears recently by a mother who fled an abusive relationship with her children and is now facing eviction.

Groves is a councillor with the Region of Peel, an area near Toronto that encompasses Mississauga, Caledon and Brampton and is home to 1.5 million people.

As the chair of Peel’s committee on housing, Groves was one of many politicians at an August 2020 announcement when the federal government committed to loaning the municipality $276 million under NHCF.

Peel’s plan is massive: a billion-dollar project with 2,240 units spread across 18 sites.

The CMHC, which administered the loan, called it “historic” at the time. It was the “single-largest” housing investment Canada had ever put into Peel.

In order to access that loan, Peel has to meet certain terms, including coming up with approximately two-thirds of the project cost. If it can’t do that, Peel staff say the project must sacrifice 860 of its planned affordable housing units.

Steve Pomeroy says that in his experience, it’s common for affordable housing proponents to struggle to meet these sorts of financial terms.

When asked about Peel’s situation, the CMHC responded in a statement that it only commits to a portion of the costs on any project, but said, “should there be material changes to any NHCF agreement that could impact financial viability of any projects, or the ability to meet social outcomes, CMHC would work with our partners to explore available options.”

For a city like Halifax, the affordable units would have to cost no more than $879 a month. For Toronto, they’d have to be under $1,192 a month. Some non-profits aim for significantly less. Peel Region was targeting $750 a month, says Groves.

A key criteria of the program is that the building applicant must have a stash of funds contributed from another level of government, which means the non-profits have to make it through a round of funding applications before they can begin the NHCF loan application. In some cases, non-profits go to non-governmental donors, too.

The project also has to meet strict accessibility and energy efficiency requirements. If the project can’t meet all the targets, it won’t qualify for a CMHC loan.

Pomeroy says CMHC got out of the social housing sector in the 1980s, and as a result, much of its recent expertise is with commercial loans.

“So you’ve got these … bean-counter finance kind of folks. They’re trained to manage risk and they tend to go through a process that basically dots every I and crosses every T,” he said.

While he acknowledges there must be a process of making sure non-profits are credit-worthy, he says many non-profits do not have the expertise or the money to navigate the complex application. He says the process also requires non-profits to shoulder significant costs and risks up front.

“You have to have your building permit in place, which means you have to have already hired an architect, completed working drawings — significant costs,” Pomeroy said. He also said “[The non-profits] found that the CMHC just won’t actually issue a formal approval and a financing agreement until very, very late in the process.”

In a statement to CBC, the CMHC said it has made changes to NHCF in the past two years, including reducing turnaround time to approve applications by approximately 50 per cent.

But challenges remain for some for some non-profit housing proponents.

The Region of Peel, having already committed $335.3 million of its own money to the project, is hoping the Government of Ontario will chip in a further $319.6 million to secure the $276 million CMHC loan.

Program under budget in first 3 years

According to Jeff Morrison, head of the non-profit group Canadian Housing and Renewal Association, some of his members have stopped bothering to apply to NHCF at all.

“There have been some success stories, but for many other providers, especially smaller housing providers, the program has proven to be incredibly difficult to navigate, to access,” he said.

That lack of appeal may be reflected in the program’s numbers.

As of March 31, CMHC reported the funding set aside for NHCF at $13.8 billion. That includes both the cost of loans and the cost of lending.

Also as of March 31, CMHC reported it had committed just $3.6 billion under NHCF, with $2.3 billion of that amount in repayable loans and about $1.3 billion in contributions or forgivable loans.

The CMHC said that number had risen to a commitment to 15,800 new units and the repair of more than 90,400 units by the end of June.

It noted actual spending takes time, “as the funds are advanced over the course of construction or repair.”

Repayable loans aren’t counted as a cost to the Canadian government, since the money must be repaid with interest. The true expense to the government is the cost of lending — for example, contributions, grants or a difference in interest rates.

In August, the Parliamentary Budget Office examined those costs for NHCF, and found the program had underspent its budget in its first three years of existence.

Overall, the PBO concluded the Co-investment Fund had spent only half its budget in the first three years.

The CMHC said response to the program from the housing sector has “grown significantly” since the program began, but the agency was not able to provide data on how many applications were rejected.

The Crown corporation acknowledged the PBO report showed construction takes a long time and NHCF “faced initial challenges,” but added the program is “on track to spend its entire budget by 2027.”

In the spring federal budget, the government said it planned to adjust the program by advancing $750 million to 2021-2022 and 2022-2023. It also said it would use NHCF to reallocate $250 million for more housing for survivors of domestic violence. Both budget amounts had been previously announced.

In the recent election campaign, the Liberals promised to increase the amount of funding to NHCF by another $2.7 billion.

Jeff Morrison says more funding is good, but only if there are changes to the way the program is run.

“We’re hoping that CMHC can accelerate their approvals process so that money can actually get out the door,” he said.

“We need that money to be out there, in the regions, in Halifax, in places throughout the country, building new community housing. Because otherwise, it’s doing nothing.”