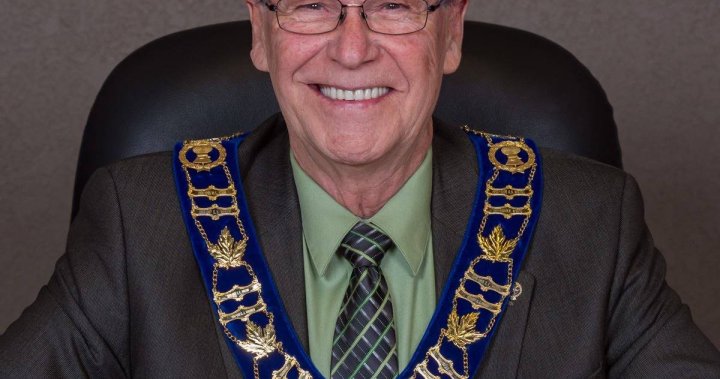 Warning: This story deals with disturbing subject matter that may upset and trigger some readers. Discretion is advised.

Williams Lake Mayor Walt Cobb wasted no time at a special meeting of council Tuesday, using his opening remarks to address a post he shared on Facebook suggesting there is an “other side” to residential schools.

As reported by the Williams Lake Tribune, the post claimed that “most of the older generation that did suffer are long dead and gone or have forgiven, and it seems to me that many of the new generations just want to be victims and feel the money would solve their pain.”

Read more:
Future of B.C. mayor to be debated after he shared racist post about residential schools

At Tuesday’s special meeting Cobb offered an apology, explaining his post should not be interpreted as an official position or one shared by the rest of the city council.

“I want to state up front that I have never supported the concept of residential schools as I learned of the heartbreak that was inflicted on many First Nations communities,” he said.

“I never intended to offend or make light of the residential schools, and for those I offended I apologize and I am seriously sorry — very, very sorry.”

However, Cobb later suggested that he may also be a victim of the situation.

“As the article shared was on my personal page, and not my mayor’s page, it is my opinion that Williams Lake First Nation’s letter is a personal attack on me, myself”, he continued. “And I have no idea what the agenda might be.”

The open letter Cobb referred to from the First Nation strongly condemned his post and called on him to resign.

Cobb also noted that he only shared the article in question and did not say he endorsed its ideas, before adding, “I thought we had an agreement that when issues like that arose, or concerns, that we would not use the media as an avenue for discussion.”

His statement was not well received by Williams Lake councillors or Indigenous leaders attending council.

Councillor Jason Ryll could be heard sighing and seen holding his head in his hands as the mayor spoke about never giving any indication he supported the ideas in the article.

“Be better,” said Ryll when given a chance to respond.

“Join me in taking some cultural awareness training. Think before you speak. Take a social media workshop. Have a little tact, man. And if you can’t or won’t do better then I suggest you revisit your decision to run for office again.”

Councillor Craig Smith, who is also the CEO of a local First Nations Band, became emotional when given the chance to address the mayor.

“I stand in solidarity with my Indigenous friends and colleagues in their truth and denounce all the comments spoken, writen or forward by the mayor,” he said.

“I’ve worked very hard as a councillor to move down a path of reconciliation and it saddens me that this is where we’re at. If things don’t change, I’m not sure that I can continue to be a part of this council.”

But the longest and most heartfelt response to the mayor came from former Esk’etemc First Nation Chief Charlene Belleau, who is also an official liaison between the B.C. government and First Nations on residential school sites.

She talked about crying on her whole drive to the meeting and how the mayor’s post caused her to question how far relations have really come between First Nations and city councils.

“I feel hurt, I feel violated as a matriarch coming from our communities,” said Belleau.

“As a mayor you are responsible for your leadership, to your council. I demand your resignation effective immediately. You have a responsibility to work in the best interests of the city. In my view, you’ve abused your position as a mayor”

Cobb never directly addressed the calls for him to resign from Belleau and the Williams Lake First Nation.

The discussion ended with an Aboriginal peace song, at Belleau’s request.

The St. Joseph’s Mission Residential School in Williams Lake operated from 1886 to 1981 and has since been demolished.

–With files from Elizabeth McSheffrey