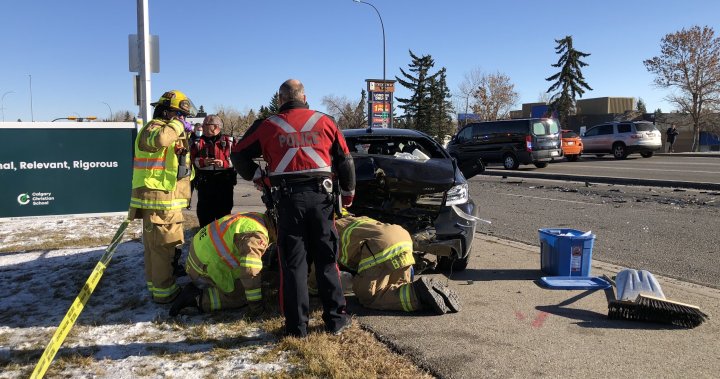 Two people were sent to hospital after a hit-and-run crash in Calgary on Sunday, police said.

Officers responded to Richmond Road S.W. near Sarcee Trail at around 1:45 p.m. after reports of a multiple-vehicle crash.

EMS said two people were taken to hospital: a school-aged child with serious injuries and a male in his late teens with minor injuries.

Police said a suspect took off after the hit and run.

Westbound lanes of Richmond Road were closed at Sarcee Trail as officers investigated.