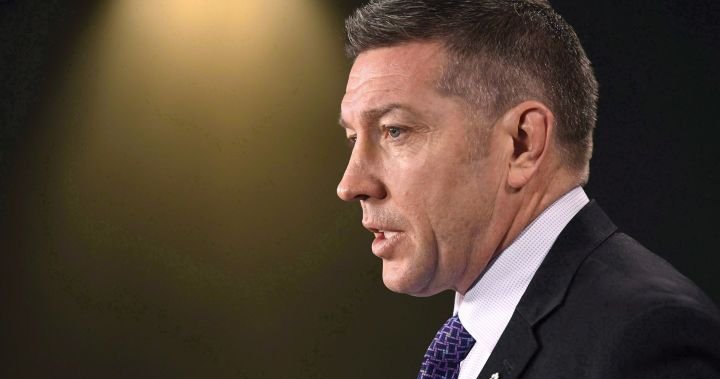 Former NHL player Sheldon Kennedy said he thinks the Chicago Blackhawks sexual assault scandal provides an example of an “archaic approach” of an organization using a “systemic response,” something he feels needs to change in sport.

“We need to get to the point where winning at all costs isn’t our No. 1 priority,” he said.

A recent report by an outside law firm detailed how senior leaders of the Blackhawks badly mishandled allegations that an assistant coach sexually assaulted player Kyle Beach during the team’s Stanley Cup run in 2010.

Reached Thursday in Lucky Lake, Sask., Kennedy said that “taught skills” are required so that everyone can have a clear understanding of how to properly deal with such cases.

“Posters and buttons and policies and procedures don’t change culture,” he said. “Until sport makes this a priority as they do winning, they’ll never have the change that I think people expect from them.”

Kennedy has been a leading voice for sexual abuse victims following his own experience being abused by then-coach Graham James for five years during his time as a junior hockey player.

Beach told TSN on Wednesday night that he felt “alone and dark” in the days following the alleged sexual assault and is only now beginning the healing process.

An independent review commissioned by the Blackhawks in response to two lawsuits led to the recent departure of team executives Stan Bowman and Al MacIsaac. The investigation found that the allegations Beach made against then-assistant Brad Aldrich were largely ignored by the team for three weeks after a May 23, 2010, meeting discussing them took place.

The NHL fined the Blackhawks US$2 million for “the organization’s inadequate internal procedures and insufficient and untimely response.”

Kennedy, who spent 10 years in the NHL, is a co-founder of the Respect Group organization, an online provider of prevention education related to bullying, abuse, harassment and discrimination.

“I think that these issues and what we’re trying to address are really about speaking out,” Kennedy told The Canadian Press. “I think there’s many, many, many people that have wished that they had spoken out for different circumstances that never felt that they could or they couldn’t get there.

“I think this is going to empower many people, not just in the NHL but outside the NHL also.”

Winnipeg Jets general manager Kevin Cheveldayoff was planning to speak with Bettman on Friday. Both were with the Blackhawks when the allegations were first reported to team leadership.

The case has reverberated across the NHL and put the spotlight on team dynamics and power structures.

Former hockey player and sexual abuse survivor Greg Gilhooly, now a corporate lawyer, said it only takes one person in an organization to “effectively make or break you.”

“The player is always at the whim of a coach or someone farther up the chain,” he said from Oakville, Ont. “It’s very much a ladder that you’re trying to climb and anyone can knock you down a rung.”

Gilhooly said in some cases, it can be common for organization members to take a selfish approach rather than think about how subsequent actions can hurt others even more.

“The people directly impacted by what the victim is doing run for cover and try to protect their asses.”

Among Beach’s allegations that were detailed in the TSN interview were that top Blackhawks officials did not give his claims any credence because they were prioritizing a chance to win a championship and not his personal safety.

Kennedy said in the Blackhawks’ situation, the issue should have been dealt with immediately.

“If you look at this case, it’s the bystanders,” he said. “There are a lot of eyes on that team on any given day, and how do we create a confidence within those eyes and within those people to know clearly what to do and clearly where to report — and have that report followed up with action?

“It’s not any more difficult than that.”

Western University associate professor Ken Kirkwood, a bioethicist who specializes in professional ethical standards, said it can be challenging for many athletes to navigate power dynamics on sport teams.

“You’ve succeeded because you’ve shut your mouth and done what was expected of you, respected authority and did what was asked of you,” he said from London, Ont. “So you’ve been groomed in a way, just by the process of sport.

“So it’s conceivable that if somebody had the inclination to use that against you, or as a weakness, it’s perfect.”

Sometimes people within an organization may have a sense that something isn’t right, but they can be quick to ignore it, Kirkwood said. Worries about being shamed, having pro value mitigated or opportunities lost can also make it tougher for people to speak out, he added.

“Administrations have a way of describing you as a problem,” he said. “You could be incredibly talented but if you stand up for yourself and you don’t follow the way (teams) do things in terms of deference to coaching authority, you get labelled as a head case or a difficult player or an attitude guy.”