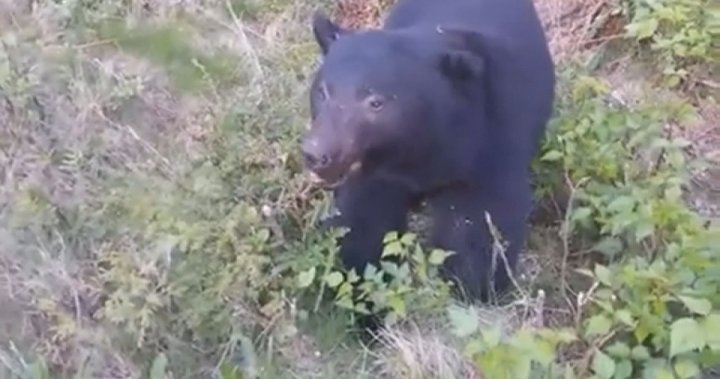 Conservation officers on Vancouver Island are struggling to explain a surge in human-bear conflicts which has forced them to put down an uncharacteristically high number of the animals this year.

Since April, there have been 337 calls about bear encounters in the Tofino-Ucluelet area, a 400-per cent increase over last year.

Conservation officers have had to euthanize a dozen of those bears which had become habituated to garbage or other human attractants ranging from chicken coops to bird feeders.

“In one case the bear actually walked through the front door in the middle of the afternoon with a family in the house, after it had been chased out of the garage earlier that day,” Sgt. Stuart Bates with the Conservation Officer Service said.

Officers have conducted patrols and found that area residents have been keeping their trash indoors until garbage day.

But along with a few homes, the animals have broken into sheds, garages and back porches, he said.

“Once a bear has lost its fear of people and it’s learned to associate the people as having food sources around them, it’s not a habit we can unteach them,” he said.

The heat dome and generally hot summer destroyed many berry crops the hungry bruins rely on for calorie intake ahead of the winter, and local salmon runs also performed poorly, he said.

At the same time, the area saw an influx of visitors — along with an attendant increase in trash and recyling — as the province lifted COVID-19 travel restrictions.

“In my years I haven’t seen a convergence resulting in this kind of perfect storm before,” he said.

Read more:
Call for more bear education in Whistler as community gears up for return of tourists

Hanson estimated there were still three food-habituated bears in the Tofino area and a similar number in Ucluelet.

He said dumpsters, composts and chicken coops that are unlocked or not sufficiently secured continue to entice the animals to stay.

“It’s giving them incentive to keep feeding, keep harvesting those calories and put on more fat at a time when they might have been moving naturally into denning,” he said.

“So we’ve got ways to go to get to the other side of this.”

Bates said conservation officers continue to monitor the system, and local First Nations and municipalities had been proactive about hiring WildSafe coordinators to help educate the community and help them secure their properties.