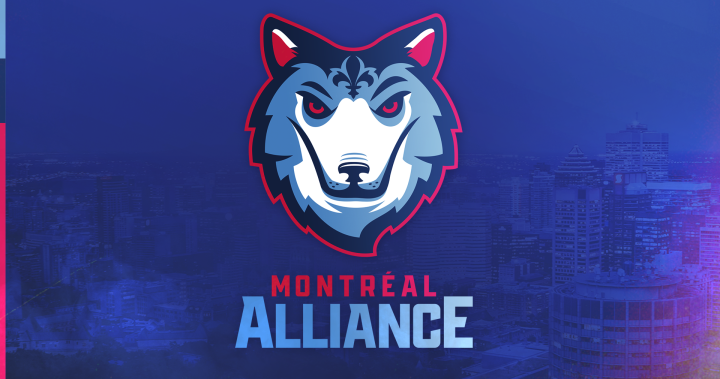 The Canadian Elite Basketball League (CEBL) is adding a ninth franchise and has chosen Montreal to be its home.

The new team will be called “Montreal Alliance”. Its logo sports shades of Quebec’s iconic blue, blanc and rouge with a picture of a wolf donning a fleur de lys.

The CEBL had been eyeing Montreal for an expansion for some time and says the conditions are now right.

“No doubt that outside of the NBA Toronto Raptors, this is the best basketball you will see in this entire country.”

The team will play in the Verdun Auditorium, which has been renovated, and will play during the spring and summer seasons.

“One of the good things is we don’t play or overlap with hockey,” said Morreale.

“We understand the power and influence of hockey. We also understand that basketball is in a trajectory into itself which my hope is one day surpasses hockey.”

Those who are part of the game in the city say having a team is great news and an opportunity for local talent to play in Montreal, instead of having to head down south to the United States in order to go pro.

“Now they can aspire to go to school here and play pro-ball here and use it as a stepping stone to go other places,” said Wayne Yearwood, head coach of the Dawson College Blues basketball team and a former professional basketball player.

“It’s right in your backyard, it’s attainable and they can come see the games in the summer.”

There are questions about the viability of a basketball team in Montreal.

“Montreal is an important cog in the national wheel when it comes to national leagues but the city hasn’t always had successful teams,” said Brian Daly, the author of “Canada’s Other Game,” a book exploring the history of basketball in Canada. ”

“I count seven different teams since the Montreal Dragons in 1993, all of them short-lived.”

Brian says the CEBL does have some things going in its favour.

“The hurdles for any Montreal franchise are substantial. The Montreal Canadiens loom larger over the sports landscape than a typical NHL team would be,” Daly explains.

The league says things have changed in Quebec since the times of the Montreal Jazz basketball team, which folded after only one season finishing with a disappointing record and without an owner.

“Montreal has evolved into one of the strongest regions for basketball in the country, and we are very excited to fuel that growth by bringing a pro franchise to the city,” Morreale explained.

So will this time be the charm? “Maybe things are changing,” said Daly.

“I do remember in the last 10 years, the Toronto Raptors coming to Montreal and selling out the Bell Centre. Unusual. We’d never seen anything like that. The demographics are changing, so maybe the CEBL notices that and as a person who loves Montreal and loves Montreal basketball, I certainly hope it’s a success.”

The league says they will announce a head coach soon.

The team is expected to play its first games in Montreal’s Verdun Auditorium in 2022.