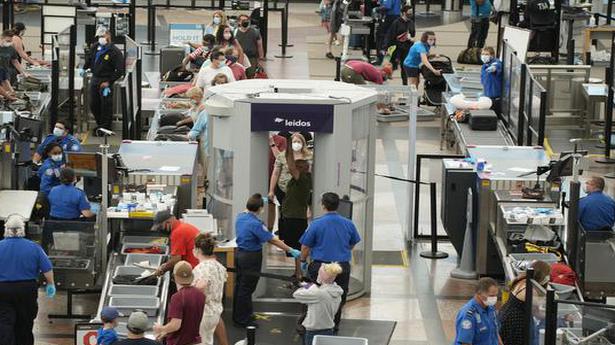 The new rules will mean a significant easing of restrictions to countries like India, Brazil, South Africa and U.K.

Most adults who are not U.S. citizens or permanent residents and want to fly to the country on or after November 8 will have to be fully vaccinated, as per a new Presidential Proclamation signed by U.S. President Joe Biden on Monday. The rules, which also include pre-travel testing specifications, have been expected for weeks and will harmonise disparate, country-specific rules. For some jurisdictions and countries, including India, Brazil, Ireland, the Schengen Area, South Africa and the U.K. , where entry into the U.S. has been the exception to the rule, it will mean a significant easing of restrictions.

“For purposes of entry into the United States, vaccines will be accepted that include the FDA approved or authorized and WHO Emergency Use Listed vaccines,” a senior administration official told reporters on a briefing call on Monday. Covishield – a version of the Oxford/AstraZeneca vaccine manufactured in India – is on the WHO list, while the world health body is meeting on Tuesday to make a determination on whether to add another Indian vaccine, Covaxin by Bharat Biotech, to the list.

Children under 18 are exempt from the vaccine entry requirement as many countries have not permitted children to get vaccines on the CDC list.

Unvaccinated U.S. citizens and permanent residents (“green card” holders) will be required to show a negative test within a day of departure of their flights to the U.S., a senior administration official told reporters on a briefing call. Only a few exemptions will exist for non-U.S. citizens and residents, with most being barred from entry (these exempt individuals will also have to show a negative test taken one day prior to travel).

These exemptions include people traveling from countries where there is limited vaccine availability (defined as less having vaccine rates of less than 10%) – unless they’re on a B1 or B2 visa – and for those for whom taking a vaccine is contraindicated (including due to severe anaphylactic reactions to a previous covid-19 vaccine).

Those who are vaccinated will still need to provide a negative covid-19 test but have a larger window of three days (rather than one day) days before their flight to get the test done.

The administration is also scheduled to release technical guidance for airlines and testing and contacting tracing via the CDC on Monday, as per a senior administration official.