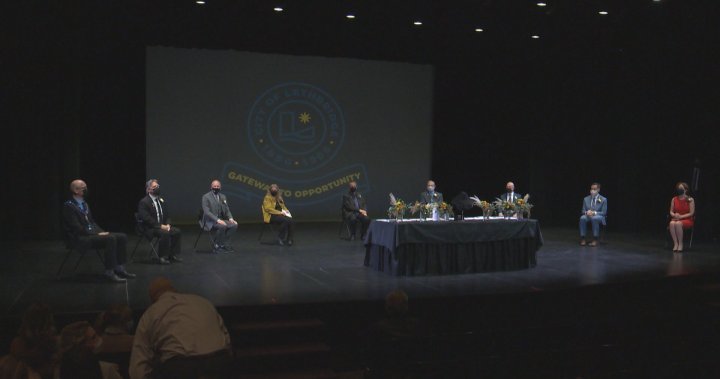 Nine members of Lethbridge city council can now drop elect from their titles after officially being sworn into office on Monday.

It will be a new look for council compared to the previous four years, with a new mayor, three first-time councillors, one councillor with past council experience and four incumbents.

It’s a council that feels it will draw on its individual experiences to make the best choices going forward.

“We may differ on a few things, but… together, we’re going to have respect for one another. I truly believe that,” Hyggen said.

“We’re going to have a very successful four years.”

Rookie Coun. Jenn Schmidt-Rempel says the past week has been a whirlwind since being elected, and she’s ready to begin work.

“I’m really excited to get to work with fellow colleagues on city council, seeing what we can achieve together for our city.”

Council will start its orientation process before the first official meeting of this term on Nov. 16.

The plan is to spend the next few days discussing key issues facing the city and hit the ground running.

“I’ll be sitting down with council this coming week, and we’ll be going over some of those things,” Hyggen said. “That’s something I definitely have to sit down and see what others have heard on the campaign trail (that) we need to address.”

“I really want to make sure that we, as a council, set the tone for our city as a group that can work together,” Schmidt-Rempel said. “Having been through the campaign trail with this group of people, I do believe that we will do that.”

Two things Hyggen says he wants to address right away are community safety and recent bussing concerns within the city.