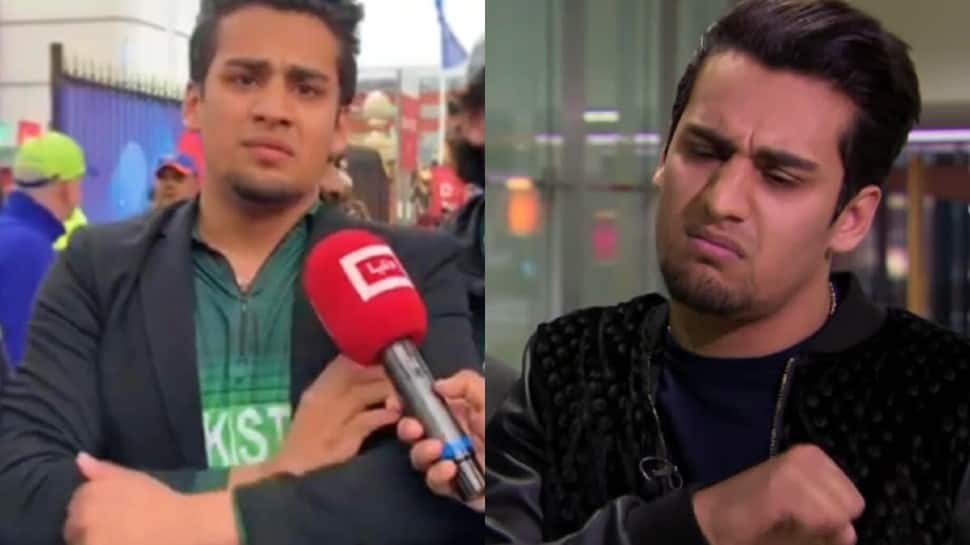 We are just days away from biggest match of the T20 World Cup 2021 as Virat Kohli’s Team India get ready to face Babar Azam-led Pakistan on Sunday (October 24). India have an unbeaten record against their neighbours and arch-rivals Pakistan and the battle on social media has already started hotting up ahead of the much-anticipated match.

The Star Sports campaign of ‘Mauka Mauka’ is already back. Yet another popular video during the 2019 50-over World Cup was a ‘Maaro mujhe Maaro’ video shot by Momin Saqib, who’s hilarious rant went viral after the Sarfaraz Ahmed led-side fell short by 89 runs via D/L method.

Momin Saqib on Instagram recently posted a video to embrace the upcoming clash between the two cricketing giants.  “Kya aap taiyyar hai jazbaat se bharpoor Pak-Bharat ka match? Do hi toh match hain. Ek Pakistan India ka aur dusra Aamir Khan ka Lagaan movie wala (Are you ready for the nail-biting match between India and Pakistan? There are only two matches, one is the India versus Pakistan and the other is the Lagaan film one),” he said.

India have never lost to Pakistan in any cricket World Cups and the Virat Kohli-led side would love to extend their good run against the 2009 T20 World Champions.

Former Australia opener and Pakistan batting coach Matthew Hayden reckons that the high-octane clash between India and Pakistan clash in Dubai on Sunday will be ‘a real dogfight’. He added that Pakistan captain Babar Azam is a premium player and will be targeted by the Indian bowlers.

“One side is not necessarily going to run away with it (match) here. It`s going to be a real dogfight as the conditions and margins for errors are very little. So, good leadership is going to be key,” said Hayden in a virtual interaction on Thursday.

“I think Babar (Azam) commands that presence, he commands that role and he needs to fulfill that role. On the batting sense as well, Babar, I think he is the premium player and he will be targeted. As Chris Gayle said ‘put in his pocket’. Yes, there will be additional pressure on him both as a captain and batsman, but I sense the way he goes about his job, I think he will be spot-on,” added Hayden, currently working as a batting consultant with Pakistan in the T20 World Cup.