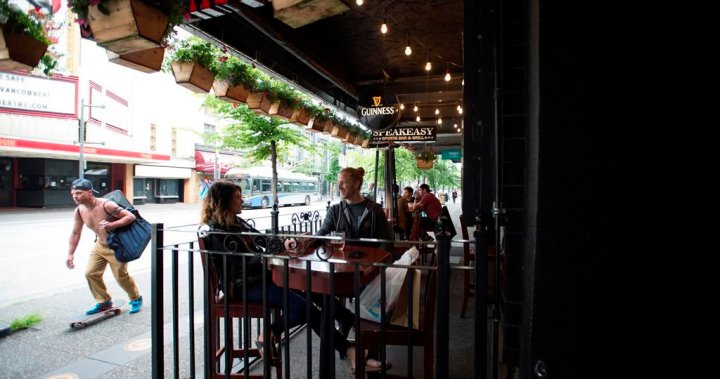 British Columbia’s hospitality sector is expressing cautious optimism in the wake of Tuesday’s announcement that capacity limits for indoor events will be lifted next week for large parts of the province.

But while the move is good news to the struggling sector, many operators say they still have questions about how things will play out.

Read more:
B.C. to end capacity limits for indoor events in most regions

“What does full capacity mean? Does it mean full seated capacity? Because that makes a difference of about 100 people for me.”

Tamorhamed said the end of capacity limits provides important stability in the music industry, in that it allows venue operators to plan and book ahead.

COVID-19: Capacity limits lifted across much of B.C.

That process requires plenty of lead time, and already cost the Rickshaw earlier this year when the fourth wave broke in B.C.

“I’ve been burned,” he said. “I booked a whole bunch of shows for September, October that I had to cancel.”

The restaurant industry in the Lower Mainland is also buzzing at the return to full capacity. The return of big-ticket events like the Canucks or international conferences means more people out and about to dine.

While the hotel sector is welcoming the change, it’s maintaining a cautious outlook.

Ingrid Jarrett, president and CEO of the B.C. Hotel Association, said the significant amount of time it takes to plan major conferences means it could take time for the sector to fully benefit from the end of capacity limits.

“Because of the uncertainty we’ve seen an enormous amount of meetings being cancelled across over the fall season, and of course we’re going into the winter which is our lowest-demand time,” she said.

“There is actually an opportunity for the meetings on the books and are planning to come in the next three to five months for them to increase the capacity.”

COVID-19 capacity limits to be lifted for many businesses, events in B.C. on Oct. 25

Jarrett said one major outstanding question is when the capacity limits will be lifted for other parts of the province.

Under the order issued Tuesday, capacity limits remain in place for the Eastern Fraser Valley, the Interior Health region and the Northern Health region.

“The interior of the province, ever since mid-August with the … pandemic layered with fires layered with ‘do not travel’ messages, everything cancelled for the fall … they are having an extremely difficult fall,” she said.

“So with the continued capacity limit there they certainly are not excited.”

It’s a message echoed by the business community in the southern interior’s biggest urban centre, where fans of the Kelowna Rockets will still have to watch the team play in front of a half-capacity crowd.

“There needs to be an understanding by the public about why you are making the decisions, then people accept them and understand them,” Kelowna Chamber of Commerce executive director Dan Rogers said.

“Right now, people are just sitting there pondering, ‘Is a Canuck fan different than the fan of the Rockets?’”

Rogers said the business community wanted clearer communication from the province about why limits remain in place, particularly given that there has been widespread acceptance of the BC Vaccine Card, which was meant to help provide safety in indoor environments.

Health Minister Adrian Dix said restrictions on the interior which remain in place are reviewed daily, and that provincial health officer Dr. Bonnie Henry would address the issue next week.