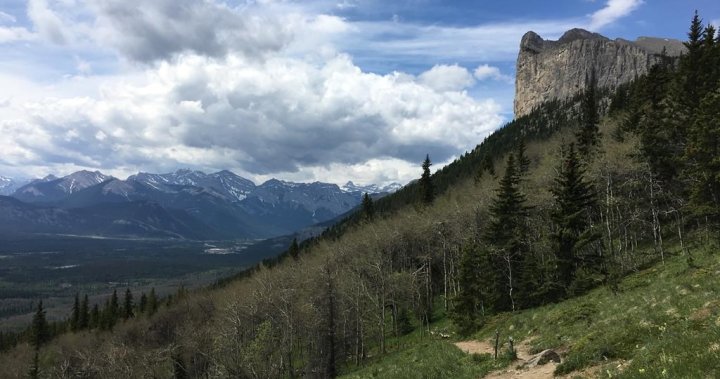 A new fee to enter one of Alberta’s most popular mountain parks has raised millions to help upgrade and maintain Kananaskis Country, says the province’s environment minister.

“The maintenance of our recreation areas and the protection of parks and public lands are priorities for Albertans,” said Jason Nixon.

“Every dollar from the conservation pass is being reinvested in Kananaskis.”

But New Democrat Opposition critic Marlin Schmidt said there’s evidence that upkeep still isn’t keeping up with maintenance on the area, which contains more than 4,000 square kilometres of mountains and foothills under various kinds of conservation protection.

He said his office has received dozens of emails detailing complaints about crumbling trails and overflowing garbage bins.

“The people I’ve heard from are generally not impressed with having to pay more to get the same level of service they were getting in 2019 before this government took over.”

The United Conservative government imposed the fee on June 1. A yearly pass for a private vehicle costs $90, or $15 per day.

“We’re getting between 75-90 per cent compliance. Which I think shows the commitment of users of Kananaskis Country to be able to conserve this beautiful landscape.”

Nixon said that since the fee was imposed the government has improved trails and facilities. It’s reopened visitor centres that had been previously closed, hired 20 new conservation officers, augmented search and rescue and improved waste management.

1:54
‘Piled in heaps’: Large amounts of garbage found in Kananaskis by parks officials

‘Piled in heaps’: Large amounts of garbage found in Kananaskis by parks officials – May 28, 2021

“There’s no other mountain park in the world that doesn’t have some kind of pass,” said Nixon, adding more than five million people visited the park this summer.

Schmidt said he’s heard from park visitors that they only thing that’s been upgraded is parking enforcement.

“From all the reports that I’ve heard, people haven’t seen the promised improvement,” he said.

“Waste bins not being emptied, outhouses not being properly taken care of — those basic concerns people have that they would rightfully expect to have been addressed if they were paying more money to visit.”

“Public goods should be paid for by progressive taxes.”

Schmidt said most of the letters he has received with concerns about the park were emails that were also copied to Nixon’s office. Nixon did not mention those concerns in Monday’s press conference.