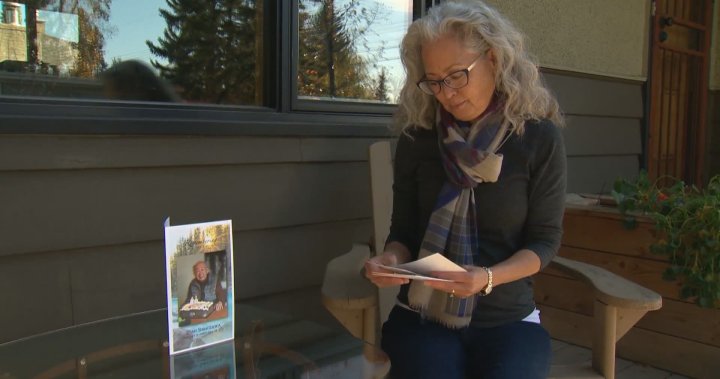 A Calgary woman is warning others to double check their cellphone statements after her late father was double-billed.

Stacey Shimozawa’s dad Stan passed away in July. While she was settling the Lethbridge senior’s estate, she noticed something unsettling on one of his credit card bills.

“When I found it initially, I didn’t know if I was seeing what I thought I was seeing,” she told Global News. “So I had to call Telus and Koodo and (go) back and forth between the companies.”

She said she finally got some answers from one customer service representative.

“We ascertained that, yes, he (her dad) was actually billed through Telus and Koodo for the same number for seven months.”

Shimozawa believes it all started after her dad got a new cellphone and switched carriers. But she said finding out why he was being billed by both carriers wasn’t easy.

“I kept hitting a brick wall,” she said.

“Everybody told me, ‘Well this has never happened before. We don’t know what to do with it. We can’t do anything with it.’”

Shimozawa said even when she did finally get some answers, she didn’t get a resolution.

“There was absolutely nothing they could do because they could not give a refund to somebody who had been deceased,” she said she was told.

Watch:
Why Canadians should brace for bigger cellphone bills

Global News reached out to Telus which also owns Koodo.

A spokesperson saUid, “This is a very unusual and complex case, and it took our team some time to thoroughly investigate and formally close the account of the deceased customer.”

The wireless giant added its investigation concluded that the double billing happened as a result of the customer switching carriers multiple times and subsequently not acting on a text message prompt to complete one of the porting processes.

Telus also said the customer eventually successfully ported his phone number but never mentioned the Koodo account and that he continued to pay his monthly bills as usual.

Telus added this is a case others can learn from.

“We understand some of our customers may benefit from extra assistance in managing their account, and we encourage them to involve a trusted third-party – such as a family member, caregiver, or friend – as an authorized user on their account to help review billing and in making account changes.”

Shimozawa said her father probably didn’t notice the extra charges or didn’t realize what they were for, but reiterated that is not the point.

“No matter how many times he was switched between Telus and Koodo, the fact remains that he continued to pay both companies,” she said. “The switching is on them and then trying to deflect me at every level instead of helping.”

Telus has issued an apology for its customer service.

“We are very sorry that we did not immediately resolve this matter when the customer’s daughter first contacted us on Aug.28, 2021,” a company spokesperson told Global News.

“We have taken this opportunity to coach the account representatives involved as to how to best manage these difficult life events and formal account closures.”

Telus also refunded the $294 charged during the months that were double-billed.

Read more:
The best cellphone plans in Canada: Which deals are worth your money?

Shimozawa said she was happy to get the refund, but added that was never her top priority.

“It was never about the money, it was just that a wrong had been done.

“Once I had spent somewhere in the neighbourhood of seven-to-nine hours on this — I didn’t want to let it go.”

She added she also believed the only reason she got a resolution was because she posted about her experience on social media and started contacting Telus’ top brass.

“I just started messaging Telus executives and that’s how I finally got a call back.”