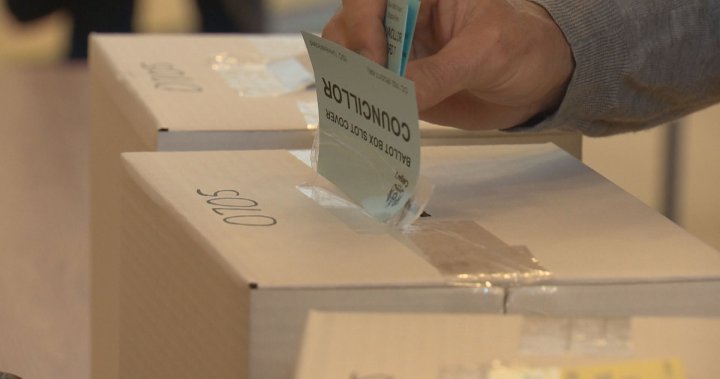 The race to be Calgary’s next mayor began one year ago, with Ward 11 city councillor Jeromy Farkas being the first to toss his hat in the ring in mid-September 2020.

Farkas, who has served one term on city council, posted a video to social media touting his experience on council and his hopes to “drive real change” at city hall.

“I think at the end of the day, Calgarians need new leadership to help us not only regain lost ground, but to surge ahead and create new frontiers of opportunity for current and future generations,” Farkas said following his announcement.

Two months later, local businessman Brad Field became the second name on the ballot after announcing a pro-business campaign that accused the city of driving a wedge between local business and Calgarians.

“Super excited, super passionate about the city of Calgary and I think we need leadership at the forefront of all discussions,” Field told Global News Morning.

It wasn’t until January 2021 until another mayoral candidate would emerge, when Ward 3 city councillor Jyoti Gondek entered the race.

Gondek, who has also served a single term on council, positioned herself as a centrist candidate and added Calgarians need “a return” on their “investment” to decide to live here.

“You deserve strong transit and mobility networks, you deserve a good place to live, you deserve to have schools in your community,” Gondek said following her announcement.

“I think the one thing that the pandemic has taught us is when any one of us falls into a position of vulnerability, you deserve to know that your city will help you get back up again.”

Eleven candidates had announced their intention to run for mayor when incumbent mayor Naheed Nenshi announced he wouldn’t seek a fourth term as mayor after 11 years in the role.

The field would eventually grow to 27.

6:28
Calgary election: The race for mayor

Calgary election: The race for mayor

Jeff Davison, the incumbent councillor representing Ward 6, became the third sitting councillor to announce their candidacy to be Nenshi’s replacement.

Davison was also elected to his first term on city council in 2017, and said he would continue to build on his experience on council where he had a hand in the event centre deal and downtown revitalization efforts.

Economist Jan Damery also tossed added her name on the ballot in the spring, after work in the non-profit sector with United Way and YWCA Calgary.

Damery said she would be a supporter of local business and vowed to bring new leadership to city hall.

“A lot of people think that the mayor is a CEO of the city and it is not,” she said at the time. “We actually have the city manager for that. I think it is more of a board chair — it’s about building coalition.”

‘Tough to get any attention’

Although candidates were on the campaign trail in the summer months, Mount Royal University political scientist Duane Bratt said the federal election call, as well as the fourth wave of COVID-19, had an impact on how much attention was given to the municipal campaign.

“It’s almost like there was a spring-summer campaign and then they took a pause and then they restarted it in late September, but it took a while to get it restarted,” Bratt said.

“It’s only been in October that we’ve seen a revving up in the race.”

Ultimately, several polls released throughout the campaign have identified two frontrunners in a neck-and-neck race between Farkas and Gondek, with Davison, Damery and Field rounding out the top five highest polled candidates.

Support has varied for the candidates throughout the campaign, which Bratt and pollster Janet Brown attribute to the complaints of alleged collusion between Davison’s campaign and third-party advertiser Calgary’s Future, as well as the 13-1 council vote to mandate vaccine passports within the city.  Farkas was the sole vote against.

However, Brown said name recognition has been advantageous to the top three candidates with the municipal election not on the top of mind for voters.

“Those people who currently sit on city council, they entered this race with a huge advantage,” Brown said.

“Why are we being told this is a two-horse race with the same old candidates?  They do not represent change,” Stone said.

However, Brown said the impact of the COVID-19 pandemic on the ability to campaign similarly to years past has been a challenge for those who did not sit on council prior to the election.

“I think a lot of candidates, when they decided to put their name forward, they were imagining that this election was going to play out like 2010, when Nenshi was first elected, and there was this chance for this outsider to emerge from virtual obscurity and become the next mayor,” Brown said. “But really, that’s not the reality of this campaign. There’s been so much else going on.”

Ultimately, there will be a new mayor and at least nine new city councillors with all said and done on Oct. 18.

The 2021 election broke advance poll records, with more than 141,000 Calgarians casting a ballot. It was more than the early voting periods in the 2013 and 2017 election combined.

Michael Solberg, director at New West Public Affairs in Calgary, said he believes there will be a high voter turnout on election day.

“I think this will compel Calgarians to the polls. It’s exciting.

“There’s opportunity for change and I think that will contribute to voter turnout,” Solberg said.

Solberg said despite the distractions from the federal election and the pandemic, he believes “politics are on the minds of Calgarians.”

“The province is very politically charged with respect to their opinions on the provincial government, they were just forced to make a choice with their federal representation,” Solberg said.

“I think with politics in mind and the opportunity for change at city hall, they’ll come out in droves.”