‘House of Secrets: The Burari Deaths’ review: The autopsy of a society 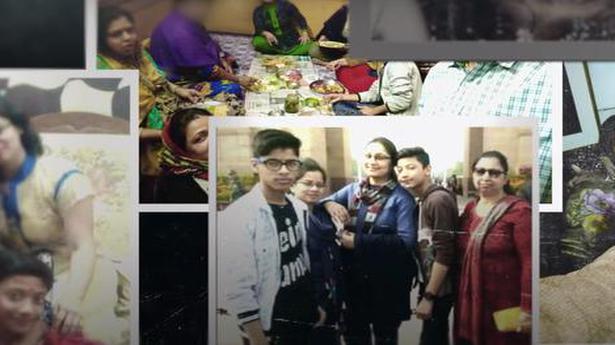 Steering clear of sensationalism, director Leena Yadav largely sticks to the material available in the public domain, but looks at it with a fresh, sensitive pair of eyes in this Netflix documentary

In the opening montage of the Netflix docu-series, sunlight gets trapped in the large mesh of electricity wires hanging from poles in the narrow lane 4 of Sant Nagar in Burari, North Central Delhi. The interplay of light and darkness is an apt visual metaphor to revisit the deaths of 11 members of a family that shook the nation’s conscience in July 2018.

Murder, mass suicide, or accident during a ritual, the widely-reported deaths were labeled in various ways before the case was closed, leaving behind a trail of questions hanging in the air.

Steering clear of sensationalism, director Leena Yadav largely sticks to the material available in the public domain but looks at it with a fresh, sensitive pair of eyes.

From superstition to collective psychosis, the series dwells upon several causes but it doesn’t seek to provide any clear, decisive answers. Instead, Leena, with the help of police officials, journalists, medical experts, and of course friends, relatives, and neighbours of the deceased Chundawat family, conducts a kind of social autopsy. She looks into the gaps that remained unsaid in the daily news reports, and eventually shines light on the lack of awareness about mental health, the obsession with holding family secrets, and the isolation one feels in a society (that ironically takes pride in being more connected than ever before).

Supported by A.R. Rahman’s immersive, mournful background score, the series reminds us that the ‘Burari Deaths’ might appear as an extraordinary exception, a mere blip in our social cycle, but the people who died were like you and I; looking normal from the outside but grappling with unrelenting emotional trauma within.

Also see | In conversation with makers of House of Secrets: The Burari Deaths

True to the format, the makers ration information and insight to sustain drama and suspense till the last minute of three-episode series. With the advantage of hindsight and budget, Leena joins the dots to delve into layers of the complex case that, for months, remained in public memory even after it fell off the news cycle.

Nobody saw it coming, nobody could explain it in black and white, making it the right material for yet another true crime story that has become a trend.

The series talks of the voyeurism that creeps into the coverage of crime — but be it the scary content of the diaries found after the incident or the family’s fascination for numerology, there is a lot that gives goosebumps and nourishes the voyeur in the audience.

What makes the series convincing is the way it captures the inability of the experts in different fields to answer all the questions, and how the case impacted the lives of journalists who covered it, as well as the policemen and forensic experts who investigated it. Whatever they say solves a part of the jigsaw puzzle, but could not complete the picture, because ultimately there is no clear consensus even on whether it was a crime story. The conversations with journalists and police officers are candid. The then-SHO of Burari police station seems to be enjoying narrating the experience, but as the series progresses, we realise it is just his general demeanour and that he is also affected by the case.

The case raised many questions, but ultimately the biggest conundrum was how one man Lalit could lead 10 members of the family — the oldest was 80 and the youngest was 14 — into delusion for 11 years. The youngest son of the matriarch Narayani Bhatia comes across as the likely perpetrator of the ritual that went horribly wrong, but it seems he was suffering from acute mental trauma since the demise of his father in 2007.

However, why all the educated youngsters, one of whom was working in a multinational and had her engagement ceremony just days before the incident, abjectly submitted themselves to the mini-cult created by Lalit within the family, remains unanswered.

Leena does touch upon the accident and attack on Lalit that left him voiceless for some time before apparently becoming the source of his dead father’s voice, but avoids digging into the role of staunch religious belief in the case. Ultimately, it seems to have pushed the family to take the extreme step. Interviews with the fiance of Lalit’s niece and his family could have opened a few more windows into the mind of the family that held on to its secrets till the very last.

House of Secrets: The Burari Deaths is currently streaming on Netflix