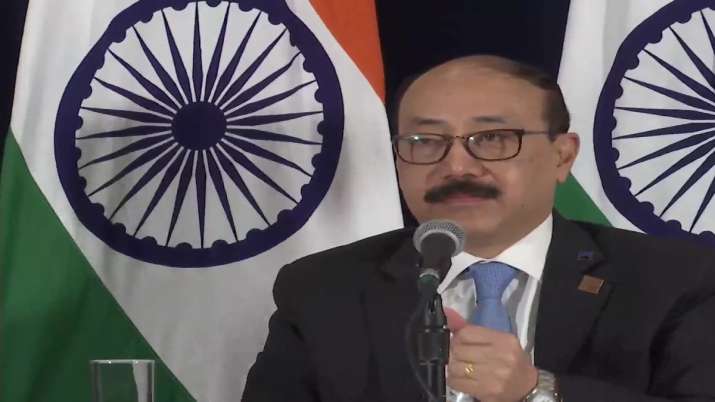 Pakistan’s role in Afghanistan and its involvement in terrorism were among the issues discussed in the Quad summit and Prime Minister Narendra Modi’s bilateral discussions, Foreign Secretary Harsh Vardhan Shringla said.

Responding to a question on Pakistan’s support to terrorism during a press briefing here, Shringla said that Pakistan has really been in many senses instigator of some of the problems India is dealing with in our neighbourhood and beyond.

“Both in bilateral discussions and in Quad summit, there was a clear sense that more careful look, examination and monitoring Pakistan’s role in Afghanistan, Pakistan’s role on the issue of terrorism had to be kept and certainly whether it is Quad or other partners had to keep track to that factor, an important factor that sometimes gets overlooked when you see Pakistan projecting itself as a facilitator whether it has really been in many sense instigator of some of the problems we are dealing with in our neighbourhood and beyond,” he said.

India and the United States have expressed concern over Islamabad’s role in Afghanistan, said Shringla adding that the two sides underscored the importance of combating terrorism in Afghanistan.

“I think there was clear concern in that regard on Pakistan’s role in Afghanistan and their continuing for a certain approach that did not seem to be conducive to the international community expectations of what Afghanistan should be like,” he said.

During a press conference on Thursday, Shringla informed that US Vice President Kamala Harris has ‘suo moto’, referred to Pakistan’s role in terrorism and asked the country to stop supporting terror groups during the first-ever meeting with Indian PM Narendra Modi.

Harris acknowledged the presence of terror groups in Pakistan, said Shringla when asked whether the issue of Pakistan emboldening Taliban came up during the discussion between PM Modi and the US Vice President.PM Modi arrived in Washington on Wednesday for a three-day visit to the US.