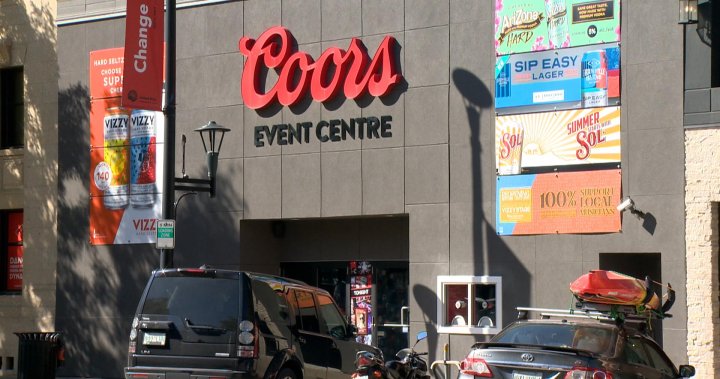 Several artists have cancelled shows in Saskatoon in light of a controversial band performing next month.

The band Bombargo is set to perform at the Coors Event Centre in Saskatoon on Oct. 8.

In March, a woman alleged she and two other models — one she claimed was a minor at the time — experienced sexualized and demeaning behaviour during a 2016 music video shoot with the band.

The band has launched a lawsuit against her, saying the allegations are false and asking for nearly $800,000 in damages.

Last week, news came out that Bombargo would be performing at the Coors Event Centre in October. Following the announcement, several performers backed out of shows at the centre, either changing venues or cancelling outright.

Some did not specifically name the band.

However, Saskatoon singer-songwriter Velours said she and her band pulled out because of concern around the situation.

“We all just agreed that it just wouldn’t have felt right to perform at the venue,” she said.

Meanwhile, in an email to Global News, Bombargo said, “it’s unfortunate that falsehoods have not only hurt Bombargo, but have influenced other artists’ decision to perform.

“The many comments and push-back resulting from our attempt to move forward as a band sadden us, and show just how necessary our defamation case is, and for the truth to be known.”

The band said it is looking forward to the planned October show, and pointed to a July statement on the situation around the allegations and ongoing lawsuit.

Velours said the Coors Event Centre can choose to allow whichever performers it wants in its space.

“Go ahead, but I won’t be performing there,” she said.

“It’s a choice, but I’ve made mine and most people in the community have clearly made theirs as well.”

Velours said she and some other artists are planning a show the same night as Bombargo’s performance. She said details are still in the works.