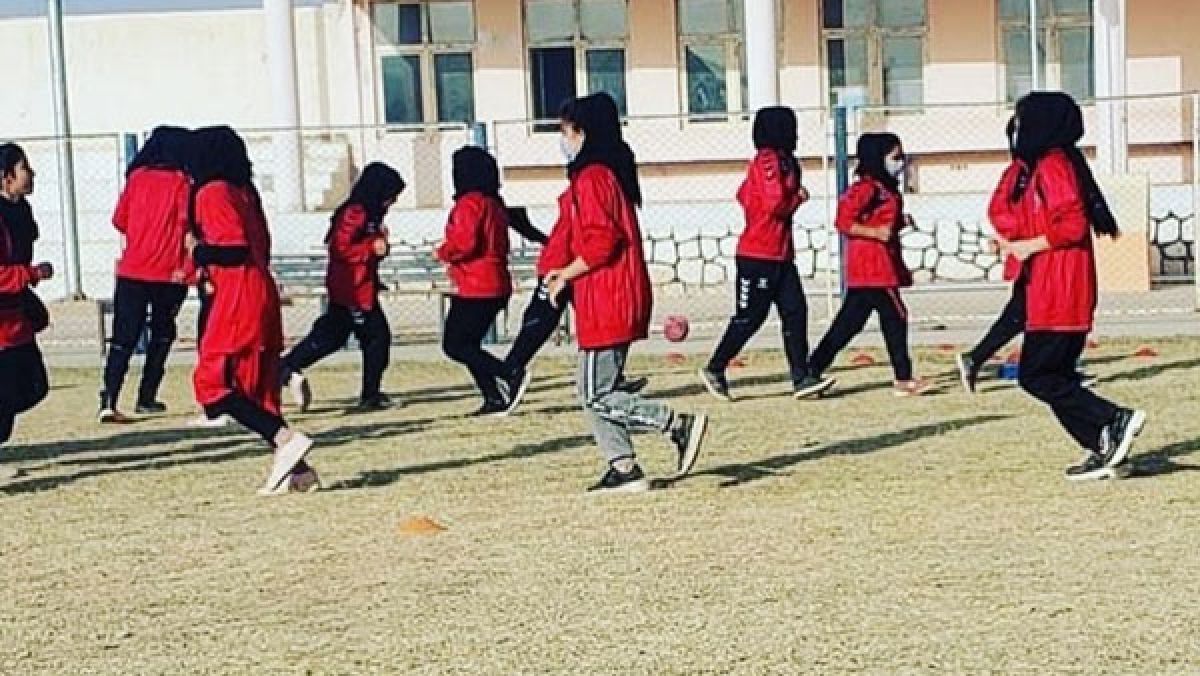 Islamabad, Sep 15: A total of 32 Afghanistan women football players with their family members have crossed Torkham border to reach Pakistan after the government issued emergency humanitarian visas to evacuate them following the Taliban takeover.

The footballers, who were originally scheduled to travel to Qatar to join Afghan refugees housed at a facility for the 2022 FIFA World Cup, were stranded following a bomb blast at the Kabul airport. The women were fearing for their lives as the new Taliban regime is against women participating in sports.

“We welcome Afghanistan women football team, they arrived at Torkham Border from Afghanistan,” Pakistan’s information minister Fawad Chaudhry tweeted, stating that they were received by a representative of the Pakistan Football Federation.

The footballers will proceed from Peshawar to Lahore where they will be housed at the PFF headquarters.

British-based NGO Football for Peace in cooperation initiated the move to bring the national junior girls’ team with the government which helped 32 footballers (a total of 115 members ) with their family members to escape from the war-torn country.

These women football players were in the hiding to evade the Taliban after the hardline Islamist group came to power, as per the reports.

It has to be noted that most of the women from the Afghanistan women’s team had flown out to Australia following a special arrangement with the country.

FIFA had been severely criticised for failing to evacuate the female footballers stuck in Afghanistan.

The Taliban, during its previous regime, had barred women from attending schools and playing sports. Last week, Ahmadullah Wasiq, the deputy head of the Taliban’s cultural commission, said in an interview with Australia’s SBS TV, that the Taliban government will ban women from participating in sports, including cricket.

As women cannot play sports without fully covering their bodies, the new regime is going to ban them from taking part in sports. “In cricket, they might face a situation where their face and body will not be covered. Islam does not allow women to be seen like this,” the network quoted Ahmadullah Wasiq, the deputy head of the Taliban’s cultural commission, as saying.