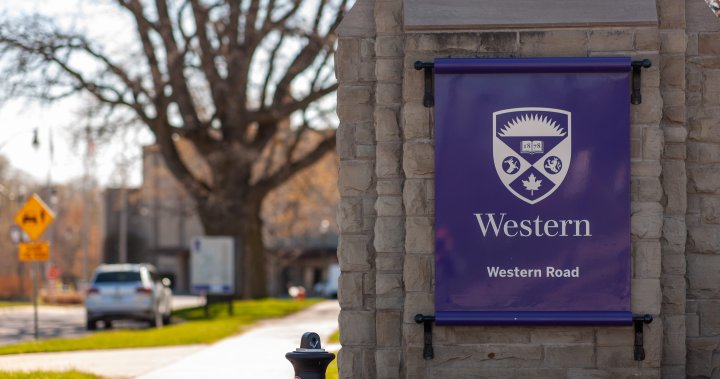 It’s a worrying time for students at Western University, in the wake of reports of sexual violence in student residencies, the same week classes resume for the fall semester.

The University has not provided details about the alleged incident but said it is “investigating reports from this weekend.”

Speaking to Global News, Li said she felt like the University was “downplaying the situation.”

“I would like to see the University take responsibility for this instead of sending out a letter, saying there are rumours going around.”

Li said she wants to see the University ensure students are held responsible and that residency is a safe place for all students.

Various posts on social media have alleged that several female students were drugged and several were sexually assaulted, although that has not been verified by Global News.

“We are very troubled by the incidents reported over social media this past weekend,” Chris Alleyne, Western’s associate vice-president (Housing & Ancillary Services) said in a statement.

In an internal memo sent to students at Medway and Sydenham Halls, obtained by Global News, residency life coordinator Jacob Clark said the “rumours regarding gender-based or sexual violence,” are linked to those two residences.

When asked how they felt about the incident, several Western students expressed their upset with allegations like this happening just as school restarted.

“Honestly it’s pretty scary, I live at the end of the street and although I am not in residency I can only imagine what those girls and any other victims are through,” said second-year Western student Tiara Simons.

Simons said she hopes an investigation by the University gets to the bottom of the situation and that whoever is responsible is held accountable for their actions.”

When asked about how he felt about the allegations of sexual assault, third-year Western student Dylan said as a guy it was upsetting that other men would do something like that and make girls feel unsafe on campus.

“I thought it was pretty disappointing, we just started and all these kids are in their first year, so I can’t imagine how they are feeling with this being their first week moving away from school and all this stuff happens,” said Tapp.

In the last week Western University has reported receiving four formal complaints of sexual violence, none of which “appear to be connected to each other, or to what we’re seeing on social media,” Alleyne said in his statement.

“So far, we have received very little information related to these reports, and we’re asking anyone with more details to come forward to Western or London Police Services.”

Alleyne said survivors have options and resources through the school’s gender-based and sexual violence policy, which allowed them to file a formal complaint or access resources without one.

Western is particularly bad for sexual violence– according to Student Voices Survey in 2019, 1/3 students had been sexually assaulted in the previous 12 months & 71% had been sexually harassed. Western had some of the worst #’s of all postsecondary campuses. /2

A statement from London police said that they have not received any from the weekend involving the incidents and opened an investigation into the allegations of sexual assaults at Medway-Sydenham Hall.

“We will work collaboratively with Western University to identify and support any victims and ensure a thorough investigation is conducted,” the statement reads.

Police also confirmed that they were aware of two other reports in the last week about allegations of sexual assault occurring at other locations on campus and that they both remain under investigation.

Following the allegations, Anova, a London-based organization that helps women and girls experiencing gender-based sexual violence get shelter and support posted on Twitter about the incident and how to support survivors.

“Western is particularly bad for sexual violence — according to Student Voices Survey in 2019, 1/3 students had been sexually assaulted in the previous 12 months & 71% had been sexually harassed. Western had some of the worst #’s of all post-secondary campuses,” the tweet said.

“What women experienced at Western this weekend, while perhaps shocking, is unfortunately not out of the ordinary. How you respond to this event will inform the survivors in your own life about whether you’re a safe person to tell about their own experiences,” Anova said in another tweet.